BOOKS WITH OR ABOUT THADDEUS LOWE - 2007 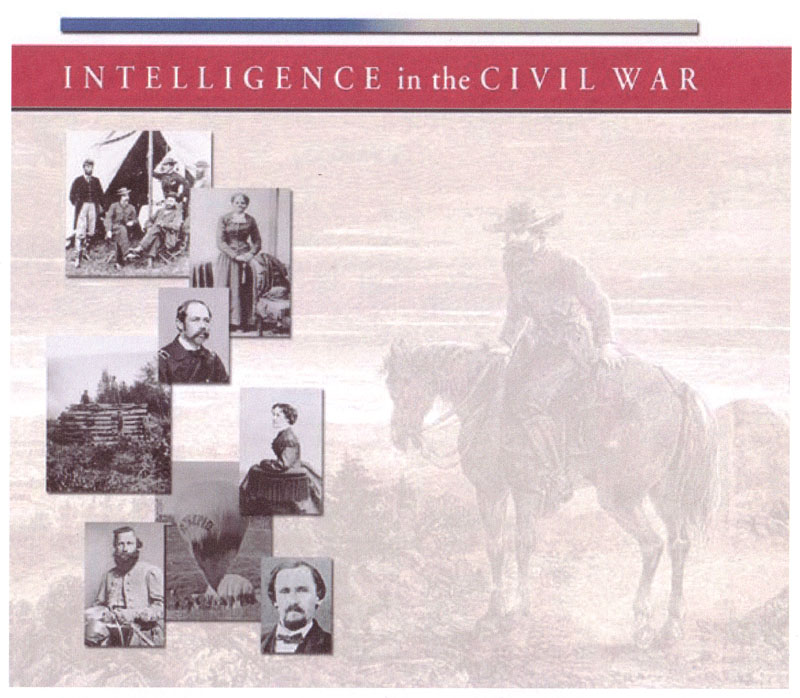 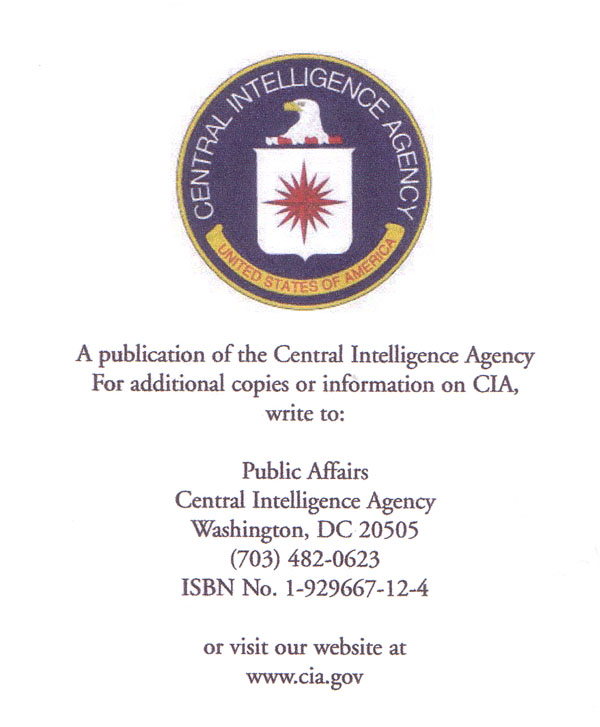 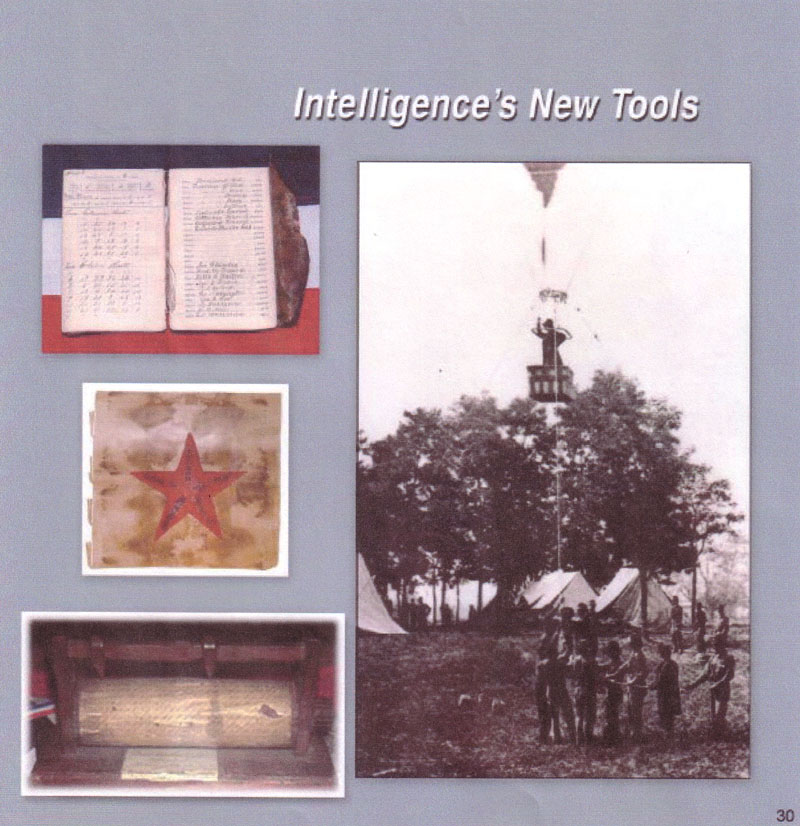 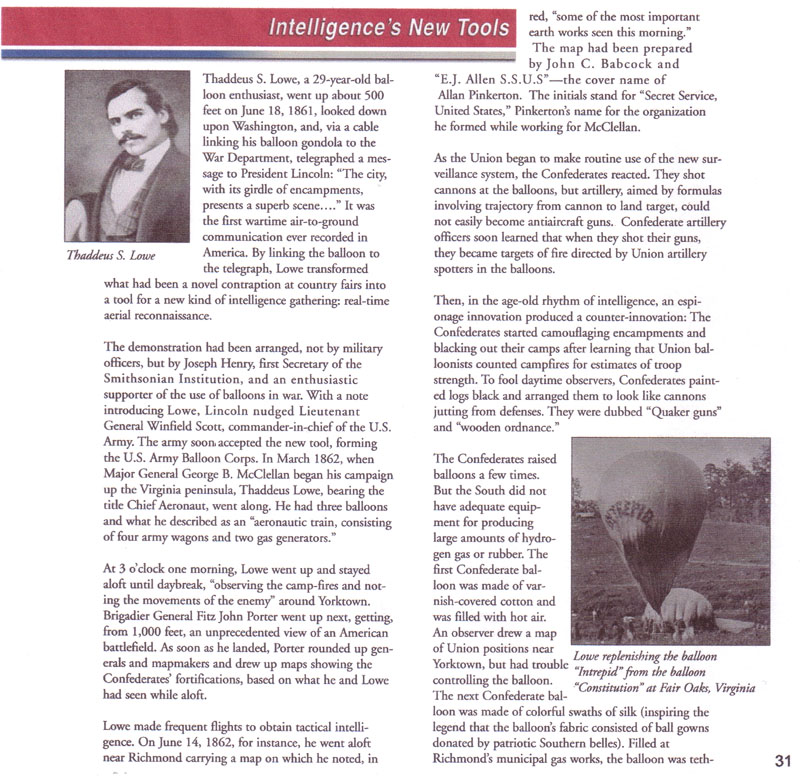 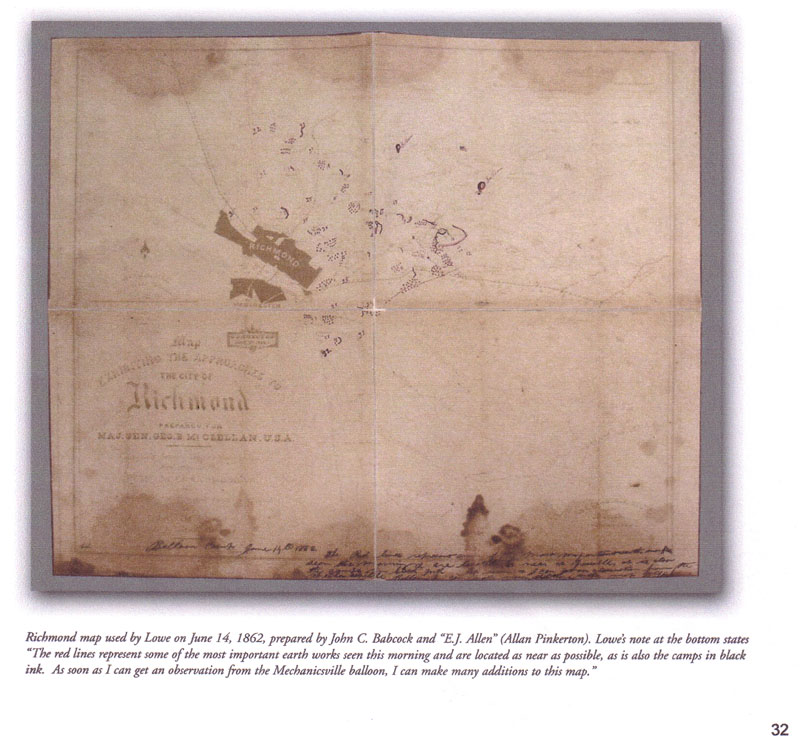 Thaddeus S. Lowe, a 29-year-old balloon enthusiast, went up about 500 feet on June 18, 1861, looked down upon Washington, and, via a cable linking his balloon gondola to the War Department, telegraphed a message to President Lincoln: “The city, with its girdle of encampments, presents a superb scene….” It was the first wartime air-to-ground communication ever recorded in America. By linking the balloon to the telegraph, Lowe transformed what had been a novel contraption at country fairs into a tool for a new kind of intelligence gathering: real-time aerial reconnaissance.

The demonstration had been arranged, not by military officers, but by Joseph Henry, first Secretary of the Smithsonian Institution, and an enthusiastic supporter of the use of balloons in war. With a note introducing Lowe, Lincoln nudged Lieutenant General Winfield Scott, commander-in-chief of the U.S. Army. The army soon accepted the new tool, forming the U.S. Army Balloon Corps. In March 1862, when Major General George B. McClellan began his campaign up the Virginia peninsula, Thaddeus Lowe, bearing the title Chief Aeronaut, went along. He had three balloons and what he described as an “aeronautic train, consisting of four army wagons and two gas generators.”

At 3 o’clock one morning, Lowe went up and stayed aloft until daybreak, “observing the camp-fires and noting the movements of the enemy” around Yorktown. Brigadier General Fitz John Porter went up next, getting, from 1,000 feet, an unprecedented view of an American battlefield. As soon as he landed, Porter rounded up generals and mapmakers and drew up maps showing the Confederates’ fortifications, based on what he and Lowe had seen while aloft.

Lowe made frequent flights to obtain tactical intelligence. On June 14, 1862, for instance, he went aloft near Richmond carrying a map on which he noted, in red, “some of the most important earth works seen this morning.” The map had been prepared by John C. Babcock and “E.J. Allen S.S.U.S”—the cover name of Allan Pinkerton. The initials stand for “Secret Service, United States,” Pinkerton’s name for the organization he formed while working for McClellan.

As the Union began to make routine use of the new surveillance system, the Confederates reacted. They shot cannons at the balloons, but artillery, aimed by formulas involving trajectory from cannon to land target, could not easily become antiaircraft guns. Confederate artillery officers soon learned that when they shot their guns, they became targets of fire directed by Union artillery spotters in the balloons.

Then, in the age-old rhythm of intelligence, an espionage innovation produced a counter innovation: The Confederates started camouflaging encampments and blacking out their camps after learning that Union balloonists counted campfires for estimates of troop strength. To fool daytime observers, Confederates painted logs black and arranged them to look like cannons jutting from defenses. They were dubbed “Quaker guns” and “wooden ordnance.”

The Confederates raised balloons a few times. But the South did not have adequate equipment for producing large amounts of hydrogen gas or rubber. The first Confederate balloon was made of varnish- covered cotton and was filled with hot air. An observer drew a map of Union positions near Yorktown, but had trouble controlling the balloon. The next Confederate balloon was made of colorful swaths of silk (inspiring the legend that the balloon’s fabric consisted of ball gowns donated by patriotic Southern belles). Filled at Richmond’s municipal gas works, the balloon was tethered to a locomotive, which took it to an observation site. The balloon later was moved by a tugboat and taken down the James River. The tug ran aground, and Union troops captured the balloon.


Both sides soon gave up the use of balloons: the South because of the lack of resources, and the North primarily because Lowe and his balloons could not find a bureaucratic niche in the U.S. Army. Lowe resigned in May 1863, and the U.S. Army Balloon Corps was disbanded soon after.