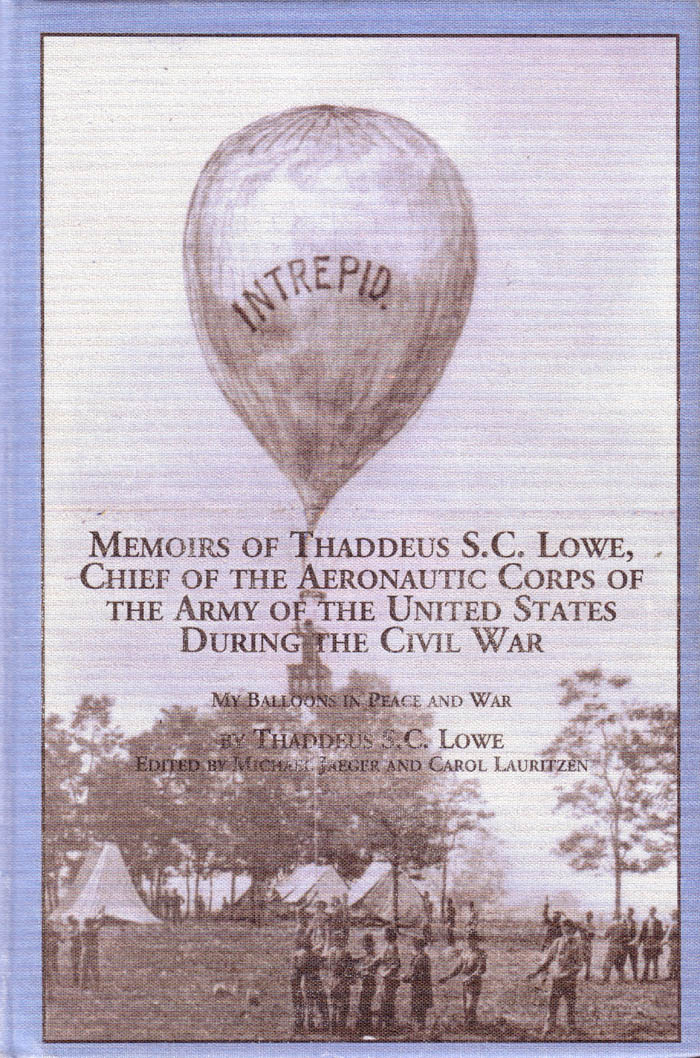 Memoirs of Thaddeus S. C. Lowe, Chief of the Aeronautic Corps of the Army of the United States during the Civil War edited by Michael Jaeger, Carol Lauritzen

My Balloons in Peace and War

T.S.C. Lowe launched the most successful experiment in military aeronautics during the Civil War era. His balloon corps saw active service with the Army of the Potomac from July 1861 to the summer of 1863. Jaeger (science education, Eastern Oregon University) and Lauritzen (language arts, literature, and literacy, Eastern Oregon University) present Lowe's memoirs of his transcontinental balloon adventure, his efforts to convince President Lincoln and the Union army generals of the utility of an aerial observational platform, his exploits with the Army of the Potomac, and his triumphs and conflicts as an advocate for the latest technology. Edwin Mellen Press, 03/04