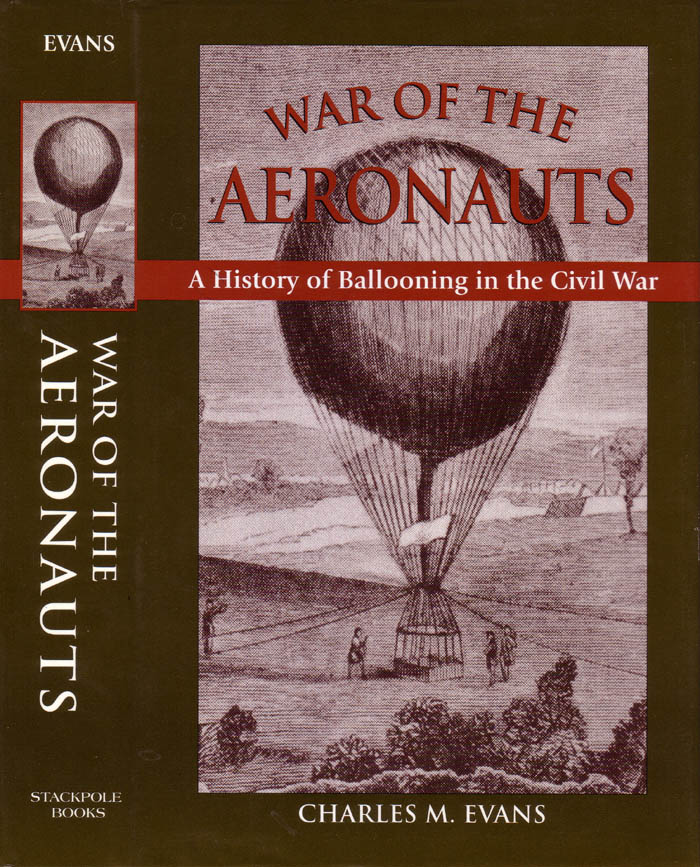 "The War of Aeronauts", had, perhaps, more interest for this reviewer than it might for everyone (my recent novel incorporates the Balloon Corps into the story). However, the non-fiction account is as creative and entertaining as fiction. "The War of the Aeronauts" is a perfect description for the subject, for not only was there a very one-sided contest between Union and Confederate balloonists, but the infighting among Union aeronauts and between civillian balloonists and Federal military authorities provided min-wars in themselves.

The star of the show is professor Thaddeus Lowe, head of the Union's BalloonCorps and an extremely dynamic, ambitious and creative go-getter who worked tirelessly to provide the usefulness of balloons on the battle field. Not only did lowe use them for observation, but he sent telegraph messages from balloon-to-head-quarters and operated off the deck of the precusor to the aircraft carrier, Despite equipment failures, Lowe continued and expanded his efforts. Balloon "envelopes" ~the part we actually think of as the balloon ~were very fragile, and hydrogen, coal gas, or even plain old hot air in extreme circumstances had to be kept in the leaky craft. Balloons could be tricky to operate, and one actually got away with a Union general piloting it when the tethering snapped. Fortunately for the general, he landed behind Union lines. At war's outset, Lowe, one of the younger aeronauts on the scene, had to prove himself against several competitors for the top job.

This was not a problem in the Confederacy. The Rebels only managed one actual usable balloon. A concoction made of many different colored pieces of dress silk and now known as the "Silk Dress Balloon" made several ascents and became part of Confederate lore, but it eventually was captured by the yankees (not while in flight) and cut up into pieces for souvenirs.

Aerial observation was significant, primarily in Virginia, in the early part of the war. Aeronauts were particularly busy in the spring campaihns of 1862. Changes in command, an inopportune bout with malaria on Lowe's part, and the placement of a dictatorial military officer directly over the professor spelled the end of the Corps. It was disbanded in 1863, soon after Lowe left the service.

It is arguable whether the aerial reconnaissance provided was worth the cost and considerable trouble involved. Overcoming the prejudices of military men against the use of civilian aeronauts, who prior to war's outbreak were often part of carnival shows, was daunting. But, exixting reports by prominent generals who did see the value of balloons (often after a trip or so in one) indicate they were of some considerable use. The story of this precursor to our modern air force is one of the most interesting and creative sidelights to the war.