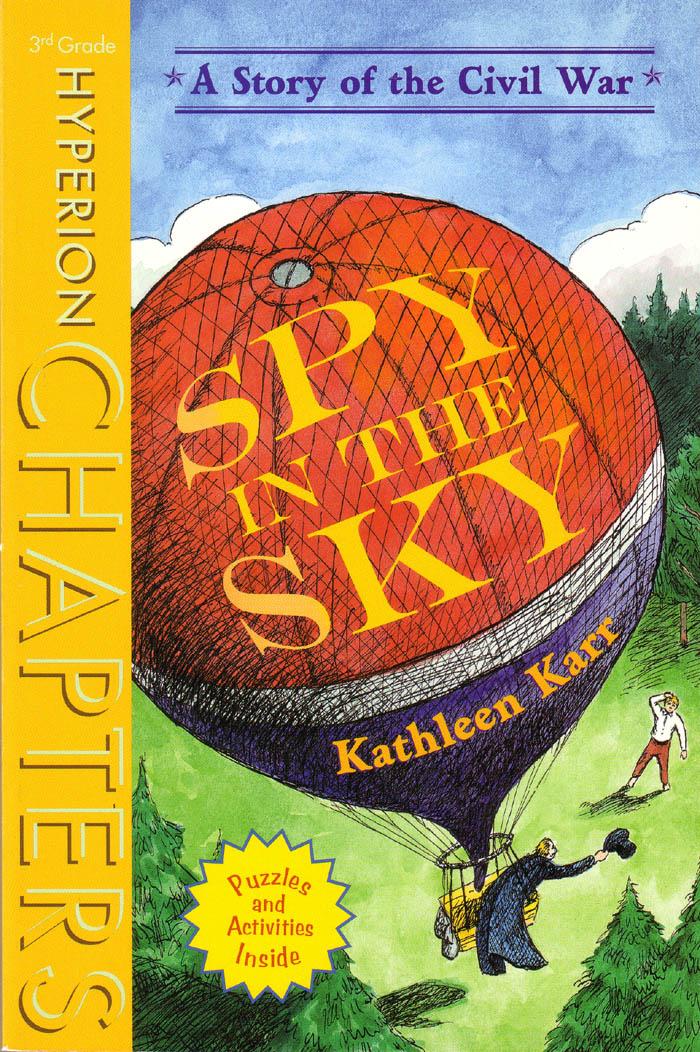 Spy in the Sky by Kathleen Karr

Ridley is an orphan living in South Carolina at the start – the very start – of the Civil War. In this story for beginning chapter book readers, Ridley becomes an assistant to Thaddeus Lowe, a real person who actually founded the Balloon Corps to spy for the Union Army! In the story, Ridley meets Mr Lowe when his balloon goes off course and lands in South Carolina wherever one thinks he is the devil or a spy for the Union Army. Thanks to Ridley, Lowe and his balloon are soon on a train for the North and Ridley has become his assistant. From then on the two have many adventures including a trip to Washington DC to persuade President Lincoln that a Balloon Corps would be a great help to spy on the Confederate Army. (Lincoln agreed – but General Scott didn’t like the idea!) Meanwhile Ridley was practicing his Morse Code and finally he got his chance to be a Spy in the Sky as he floated a mile up over the Virginia countryside and sent back messages with information about troop positions and information! This book is humorous, entertaining and interesting! Illustrated by Thomas F Yezerski. Paperback (64 pages)