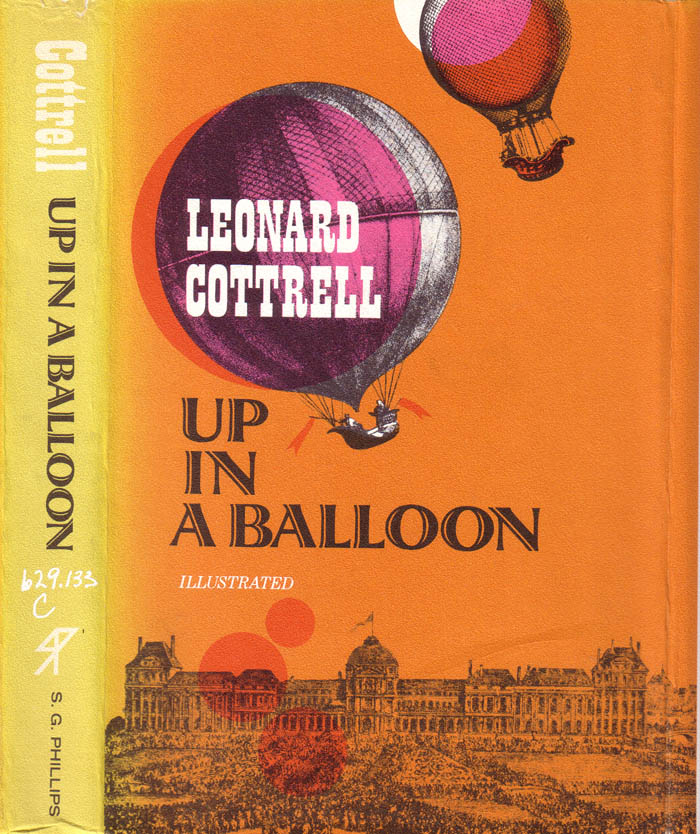 Up in a Balloon by Leonard Cottrell

It is a long way from the shed of the Montgolfier brothers in Paris to the space center in Houston, but the aeronauts of 200 years ago - those bold, incredible men who were the first to go "up in a balloon" - were the true ancestors of the astronauts of today. The dangers faced by those early balloonists certainly equaled those that challenge today's spacemen with the additional hazard that the returning balloonist often had to run for his life from angry peasants armed with pitchforks!

From the first flight of the Montgolfier's in 1783, to the beginning of the 20th century, ballooning was one of the most popular, dangerous and fascinating of sports. Many of the balloonists were fabulous showmen, but they were sometimes outdone by equally flamboyant lady balloonists.

In the United States, great feats of long distance ballooning were attempted by such famous aeronauts as John Wise, John La Mountain, W.D. Bannister, and Thaddeus Lowe. During the American Civil War, Lowe became the "Chief Aeronaut with the Union Army," and Mr. Cottrell gives a thorough account of this little-known aspect of the war.

Copiously documented, illustrated with many photographs and engravings, this book offers the reader entertainment, scientific fact and recent history, blended together by one of the most skilled and popular writers of our day.