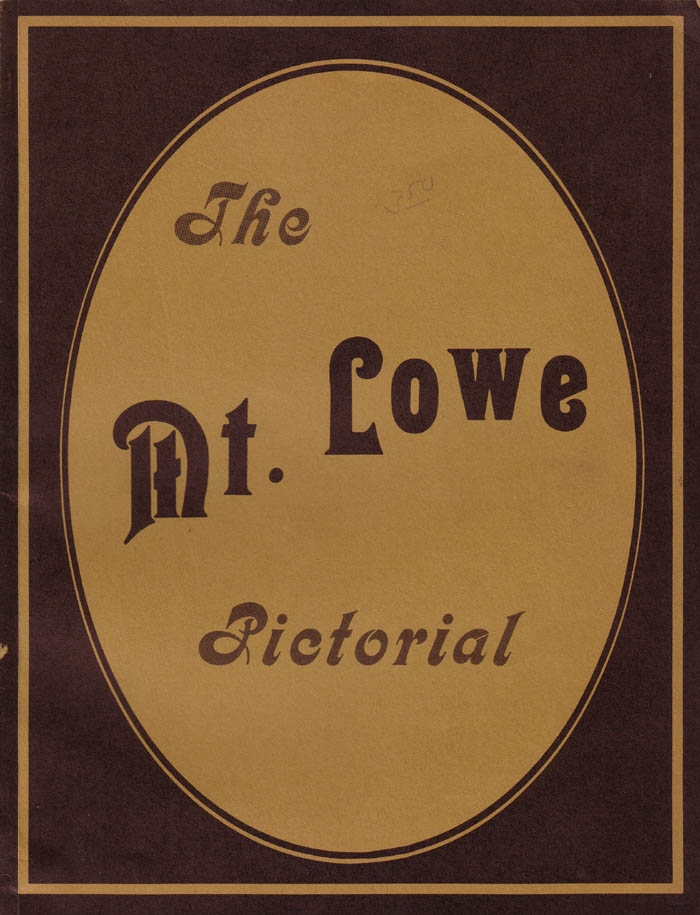 It was as though the mountain were alive and repulsing every attempt to be conquered by man; for seldom has nature combined forces in such an effective manner to drive off intruders into its innermost recesses as was the case with the most picturesque and thrilling trolley car ride the world has known. Fires, floods, rain and lightning were the weapons used in the running battle between nature and man in the struggle over supremacy of Southern California's famed Mount Lowe mountain resort area.

Though passed into the realm of the obscure, the fame and legend of this mountain railway continues to enhance followers of western historical lore. History tells us that Professor Lowe used hundreds of tons of explosives in his attempt at taming the mountain peak; this combined with engineering skill and financial backing created one of the top tourist attractions in Western America. No trip to this coast was complete without a visit to the Alpine Tavern or Echo Mountain House, located along the railway, and many were the proud travelers that returned home with a cherished photo of themselves posing on one of the white incline cars at the foot of Echo Mountain.

We shall attempt to recapture pictorially some of the most thrilling and famous features of the long gone electric line, so climb aboard and return for just a moment into the days of the "Railway to the Clouds."