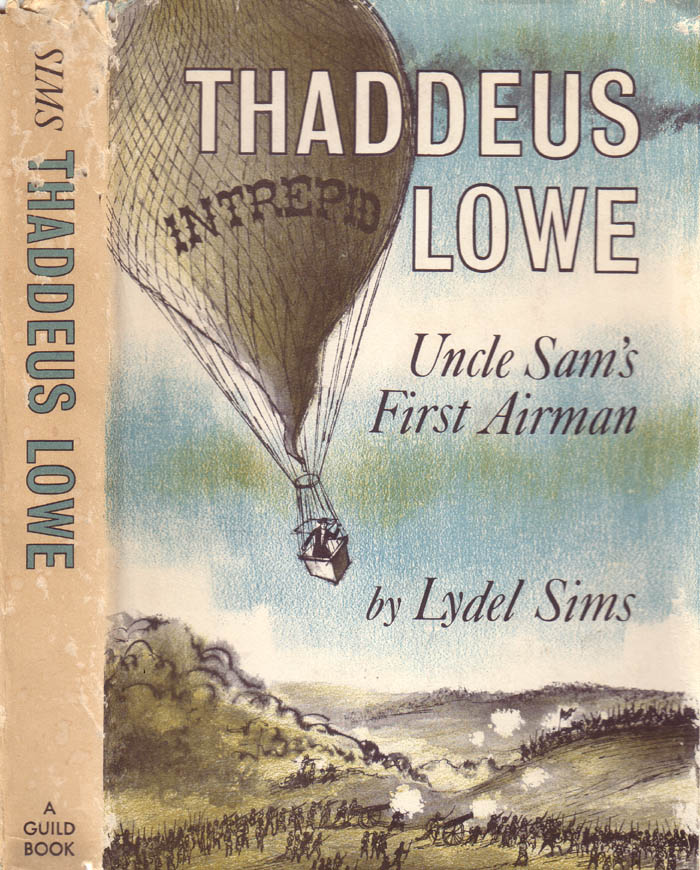 "Anybody could make a kite, but it took planning and hard work to make one strong enough and airworthy enough to carry a living passenger. And that was only the beginning. Kites and cats were for practice." - Thaddeus S.C. Lowe, Age 16.

Although Thaddeus Lowe's aspirations were newsworthy in Higham Center, New Hampshire, certainly no one really thought Thaddeus would become a daring young balloonist. Here is the life story of the man who organized an Aeronautics Corps for the Union Army, conducted countless aerial reconnaissances, became "the most shot-at man in the Civil War," and saved the Army of the Potomac from destruction at Fair Oaks. Lowe flew a distance of nine hundred miles in a balloon he himself constructed, and during the course of the Civil War he built up a fleet of observation balloons that served in many engagements. An inventor as well, Thaddeus Lowe was responsible for the first artificial ice in the United States and he equipped a steamer with refrigeration for hauling perishable foods.

At the age of eighty, when Thaddeus Lowe died, he was cited in one scientific publication mainly for his inventions and engineering ability, while his balloon exploitation was mentioned briefly. Perhaps that was because America in 1913 was more concerned and interested in airplanes. Yet the name of Thaddeus Lowe was to be heralded again, when America's balloon experiments were just beginning years later.