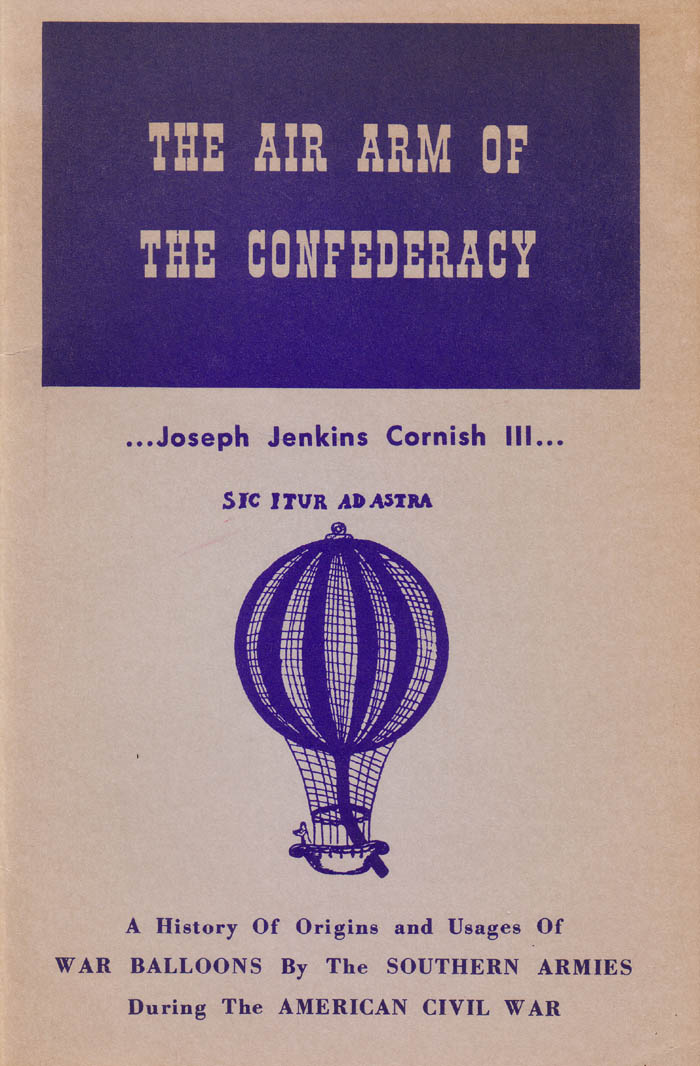 The Air Arm of the Confederacy by Joseph Jenkins Cornish III

There has been no war like the American war between the states of 1861-1865. Fort Sumter fell 46 years after Waterloo, but in that brief period, scientists, chemists, engineers and adventurers had introduced innovations unheard of by Napoleon.

That war made constant use of such: the telegraph to quickly communicate with distant armies; railroads to transport troops and materials long distances and quickly; steamboats to convey them up stream and against tides; ironclad ships to render useless the wooden navies of the world; and to create one entirely new arm - or may we say pinion - to the art of war.

With the exception of the balloon, the forerunner of modern aviation, most of these innovations were produced after Waterloo; but strangely, the balloon was fairly well known in France many years before Napoleon's era, though not seriously recognized or adopted by the armed forces.

It remained for this war, far from the laboratories and factories of Europe, to carry warfare above the earth's surface. Due perhaps to better and more publicity, we have been led to believe the Federal forces took priority in aviation and the Confederate Air Force consisted of one and only one balloon, made of ladies' silk dresses.

We are indebted to the scholar Dr. Joseph J. Cornish III, Head of the Aerophysics Department of Mississippi State University, for permitting the Richmond Civil War Centennial Committee to present this brochure, his production, as a contribution to the Centennial.

Dr. Cornish, in a factual manner, tells how the Confederacy, devoid of technical facilities, was not lagging in aeronautical efforts.

Dr. Cornish did much of the research necessary to compile the names of the members of the Balloon Corps, Confederate and Federal, which appear on the tablet unveiled in 1962 at the Richmond municipal airport.

In a pleasing way he mentions people and places in Richmond remembered by many of us and we are proud to have his article appear as our official publication.