Introduction of Pancho Barnes to Aviation

Professor Lowe enthusiastically shared his optimism for the future of flight with Pancho, believing in her potential to someday pilot her own machine. He took her to the First American Aviation Exhibition held at Dominquez Hills, California in 1910. Famous aviators came from as far away as France to fly their linen and glue birds at the West Coast's first public show for heavier-than-air vehicles. The pilots performed their dare-devil stunts before thousands of mesmerized spectators while local actor Dick Ferris announced each incredible event and every close call. Pancho, The Biography of Florence Lowe Barnes, page 8. 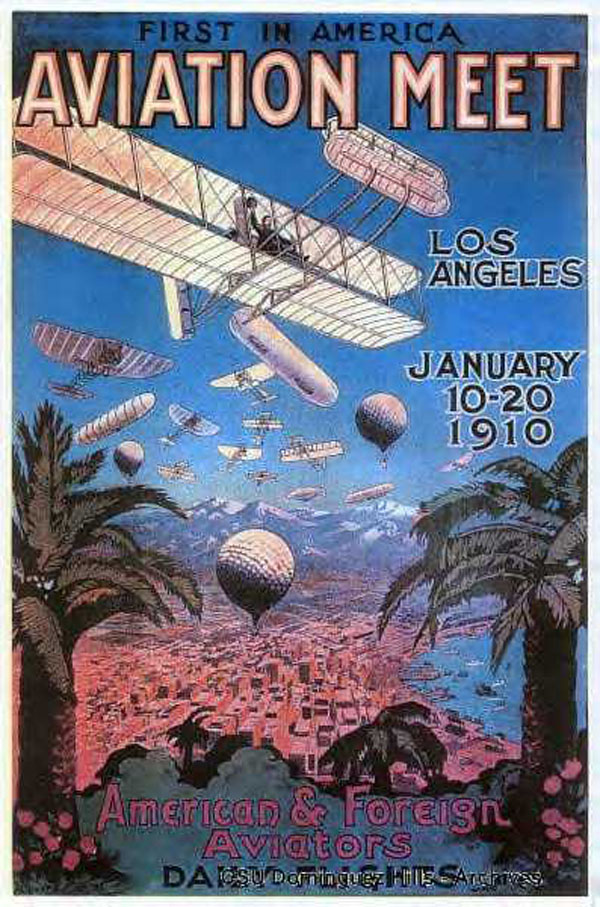