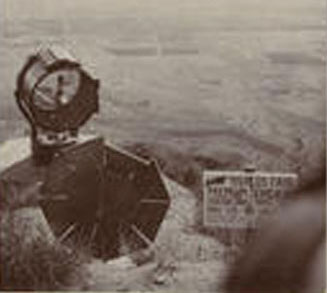 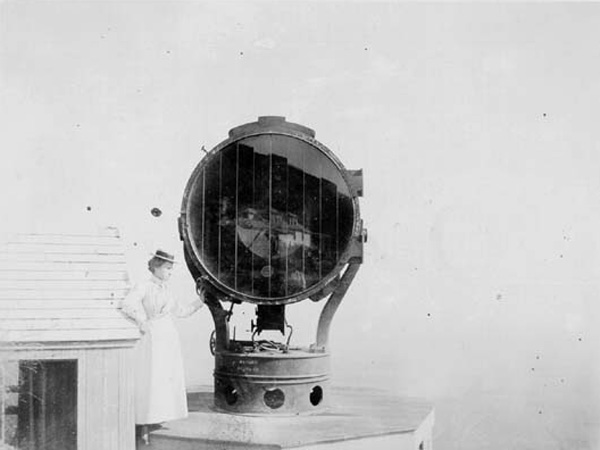 Another one of the attractions on Echo Mountain, one with great advertising potential, was the largest searchlight in the world. It had been built by the General Electric Company for the 1893 World's Columbian Exposition in Chicago as a rival to the German built lights that had long been considered to be the best in the world. By any standards, the searchlight was a monster. It stood eleven feet high including the base, making it at least half again as large as its nearest German rival. Its three million candlepower could be seen 150 miles at sea, and it was claimed that it was possible to read a newspaper on Catalina Island, 50 miles away, with no other illumination than its light. MOUNT LOWE, The Railway in the Clouds, page 80.