To the casual observer, the San Gabriel Mountains seem like giant hills rolled up from the valley floor, easily ascendable from any point. As the Mount Lowe trolley left Mountain Junction and started up the grade, the approach to the hill country seemed wilder and more rugged than it had first appeared. Shadows that from a distance seemed to mark little pockets and creases in the heights opened out into canyons with precipitous sides. As the trolley entered Rubio Canyon, the dense growth of chaparral made travel other than by railway difficult. Great rock walls began to close in the canyon. Mount Lowe, The Railway in the Clouds, page 61. 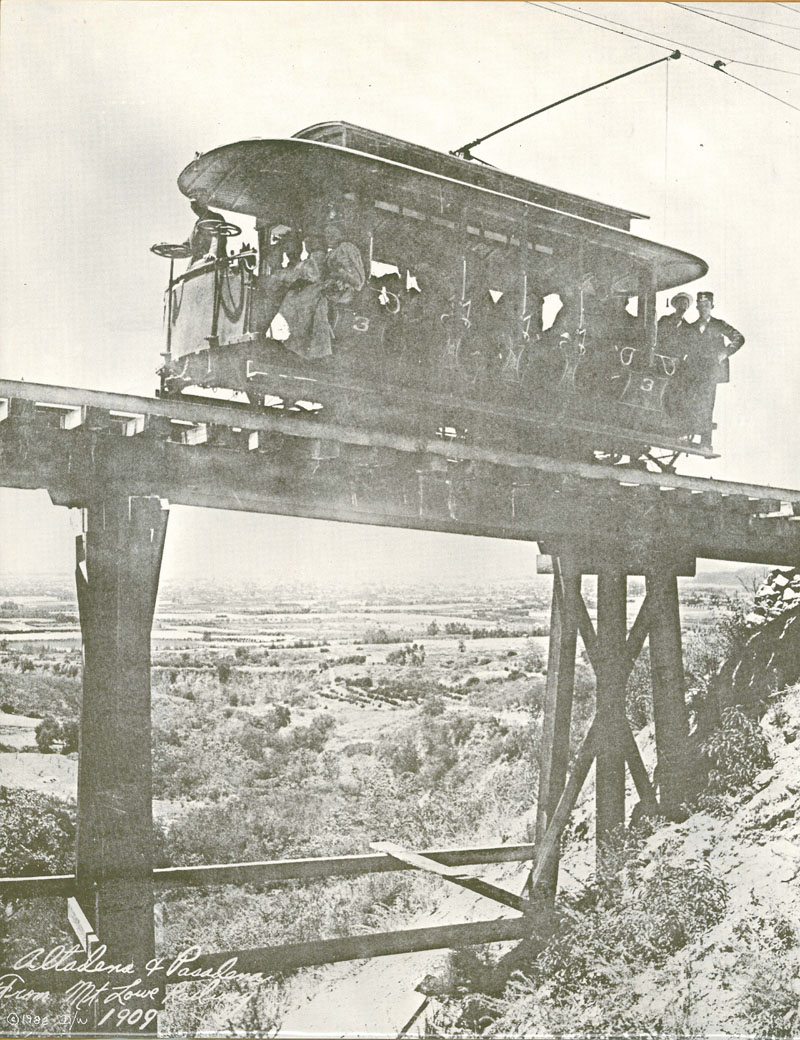 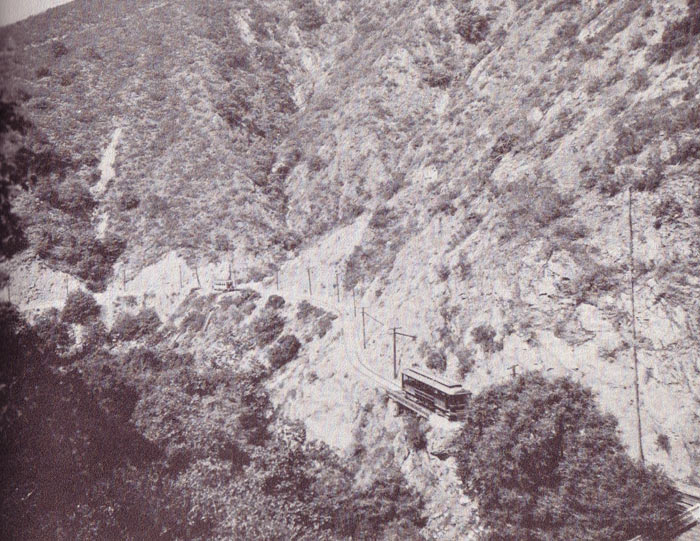 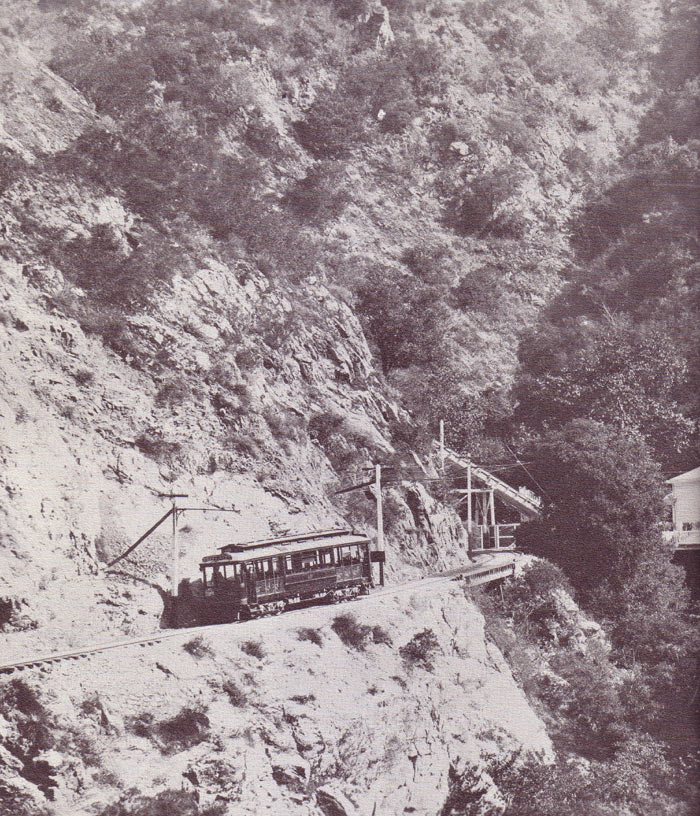 Car in Rubio Canyon returning to Los Angeles in 1908