The first half of the line to Rubio Canyon was built with relative ease. It ran straight up Lake Street for 3,800 feet, then swung north and east in a graceful curve to the mouth of the Canyon. Mount Lowe, The Railway in the Clouds, page 34. 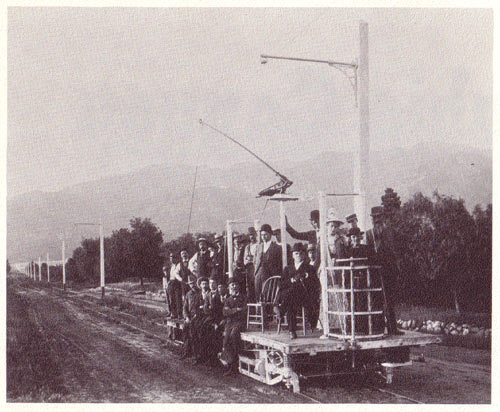 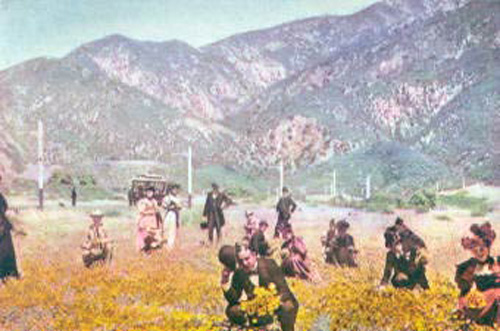 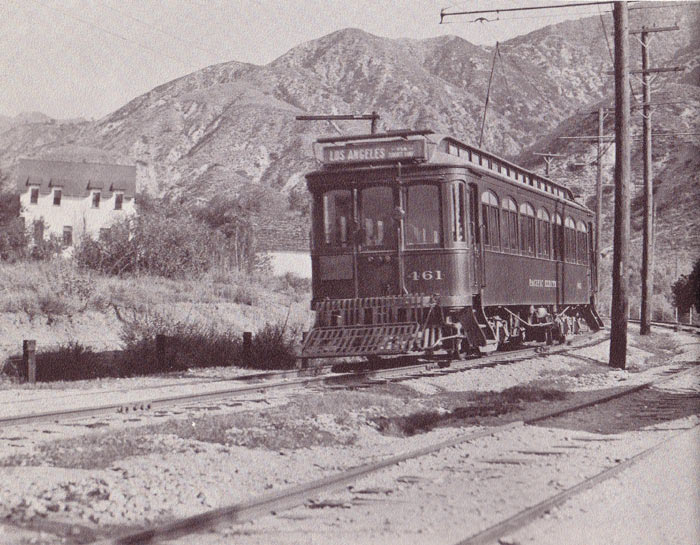