Parade and pomp, music and merriment, and games galore are all part of the day’s July 4 festivities, highlighted by the swearing in of new American citizens. This rousing and emotional Naturalization Ceremony is presided over by the Honorable Judge Michael A Telesca. Watch as he swears in nearly 50 brand new Americans on the steps of the Town Hall. Ceremony begins at 11am.

Throughout the day, see how Americans celebrated July 4th differently over the years with visits to Independence Day in different settings around the historical village. The two highlighted time periods are the Jubilee of 1826 and the Centennial of 1876. Ceremony times are 11:30am and 1:15pm respectively.

Cheer on the grand parade beginning at 1pm, enjoy an afternoon patriotic concert by the Geneseo Cornet Band, and participate in games and contests throughout the day.

Two of our villagers have entered into a heated debate and there’s only one way to decide the outcome: a duel has been scheduled for 2:30pm on the village square! What will the outcome be?

Join in a game of town ball on the meadow, sign up for the Union army and drill with the soldiers of the 140th New York Volunteer Infantry, and play a wide variety of 19th games like wooden walking stilts and the old-time version of bowling called skittles.

July 4 is also the opening day for the museum’s newest exhibit: The Intrepid – a replica Civil War era military balloon that was used by the Union army to survey the movements of Confederate troops. This exhibit is located in the South Field and weather permitting (no high winds), rides will be available on a first-come, first-served basis for an additional fee. The maximum number of passengers is no more than 4 and is weight-dependent. Tickets can be purchased at the gift shop.

As part of the launch of this very special exhibit, author and historian, Gail Jarrow, author of Lincoln’s Flying Spies: Thaddeus Lowe and the Civil War Balloon Corps will be on site from 1pm to 5pm for a book signing. 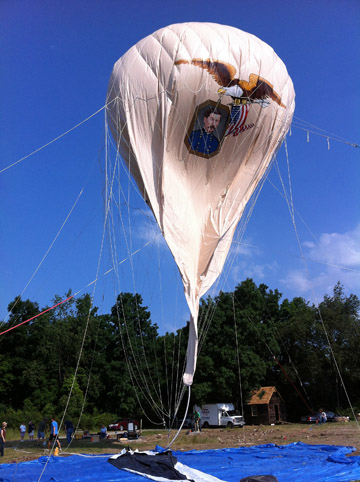 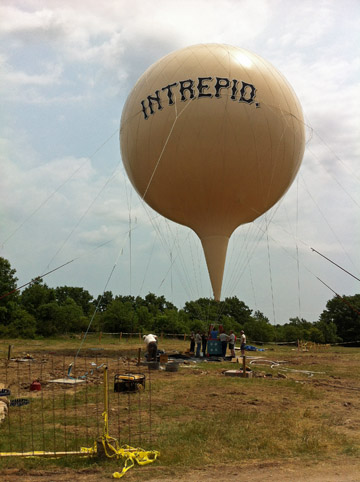 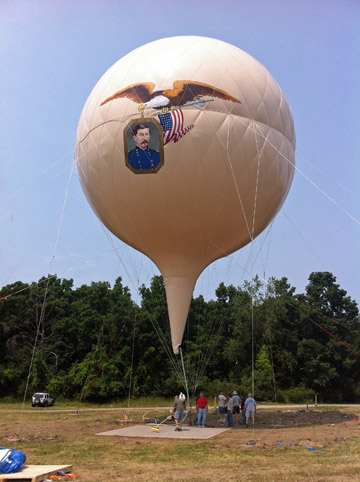