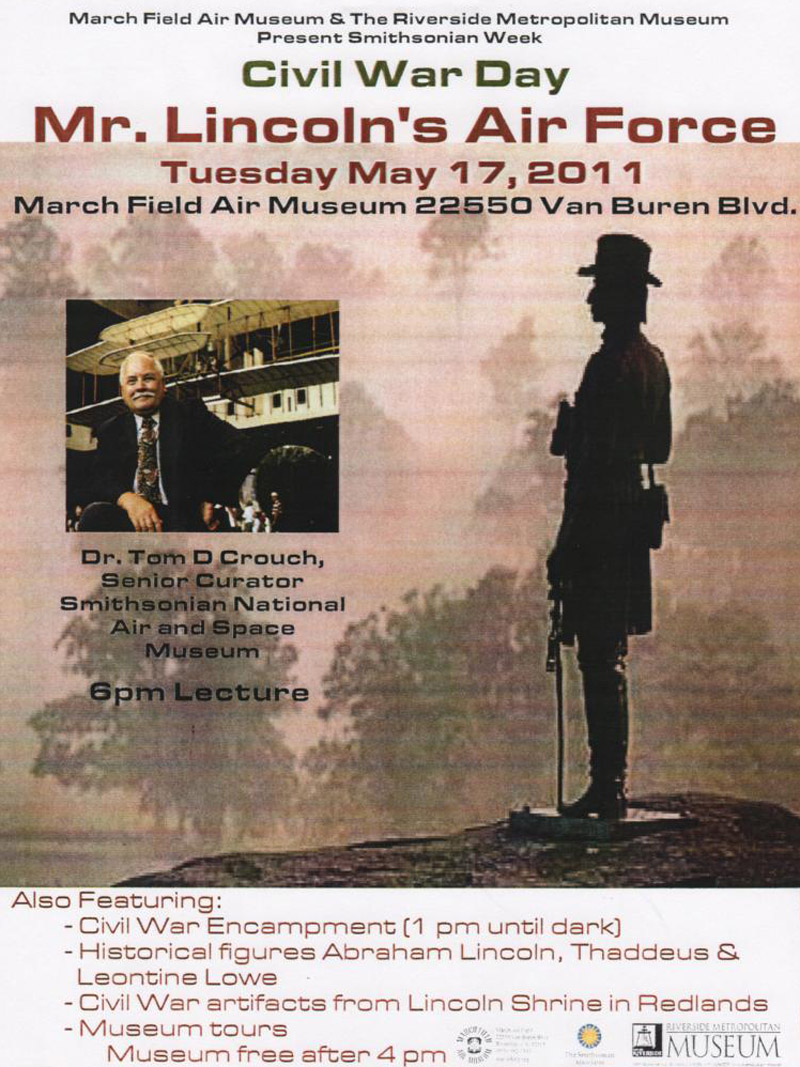 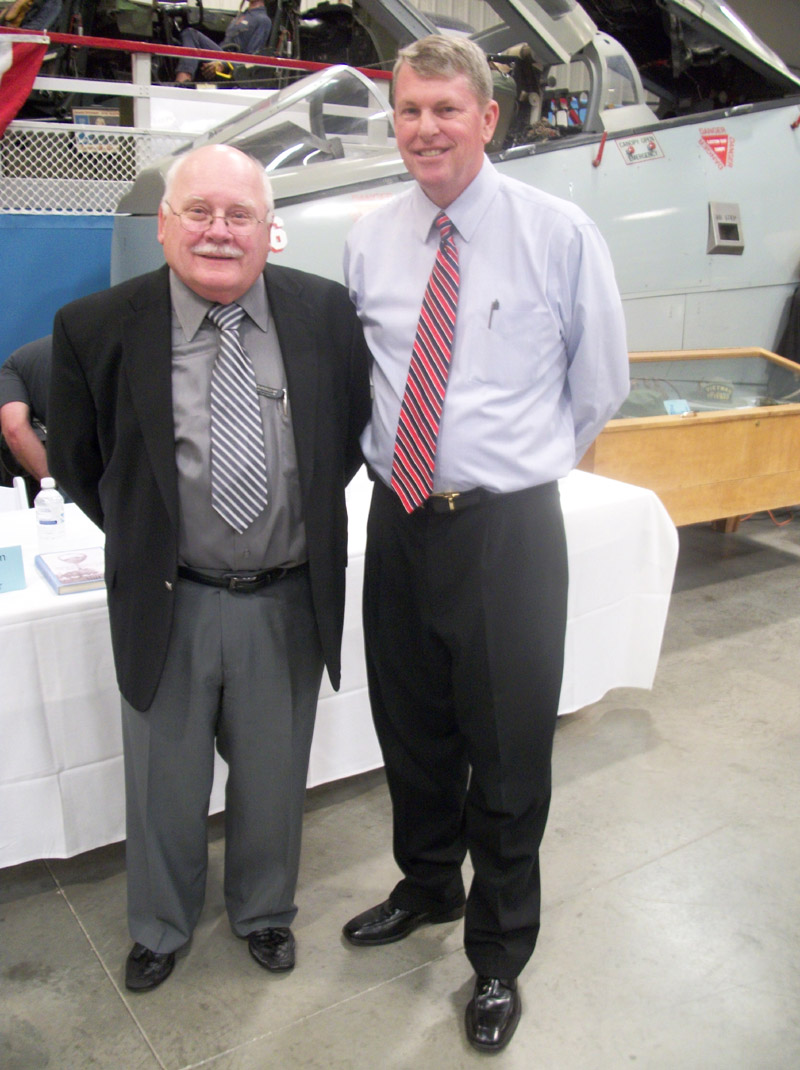 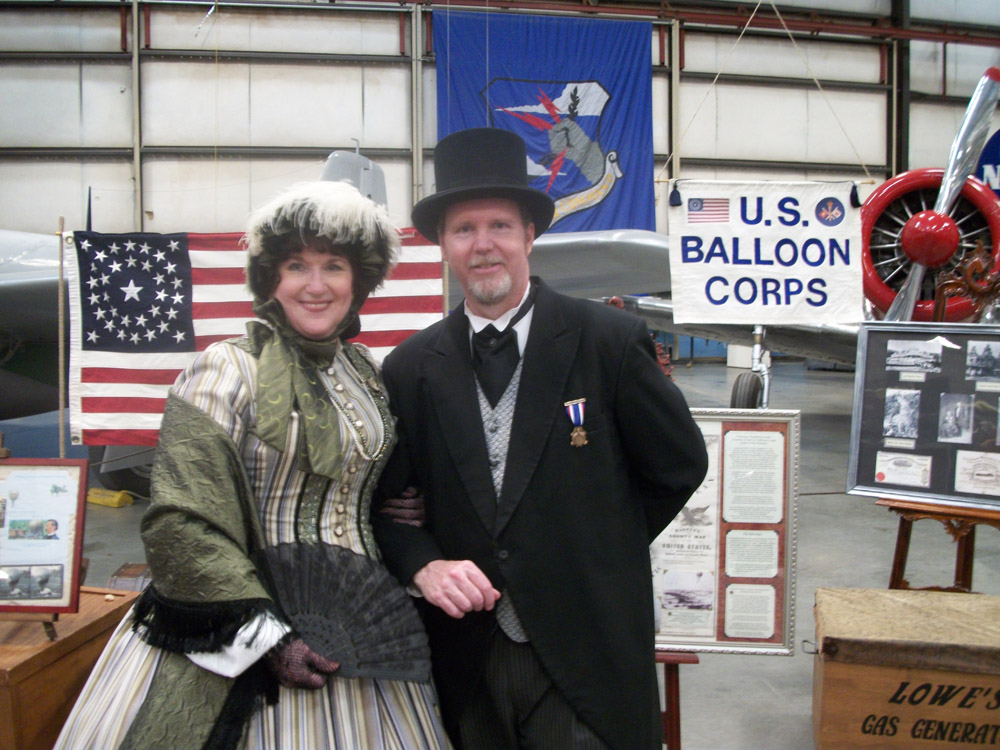 Patrice and Steve Demory as Leontine and Thaddeus Lowe 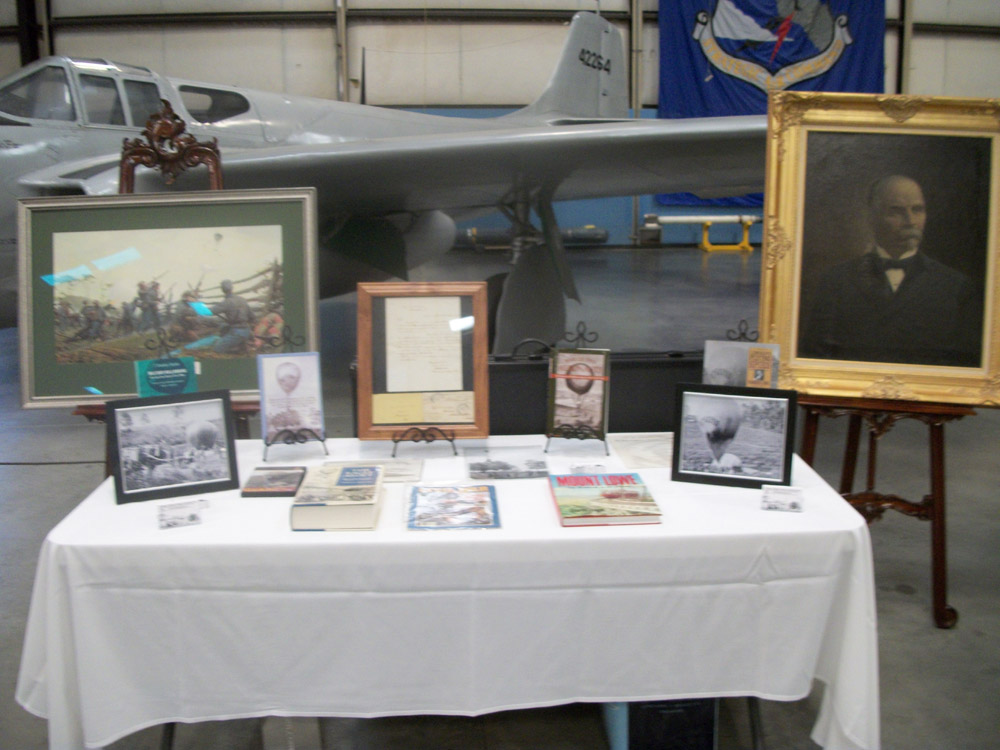 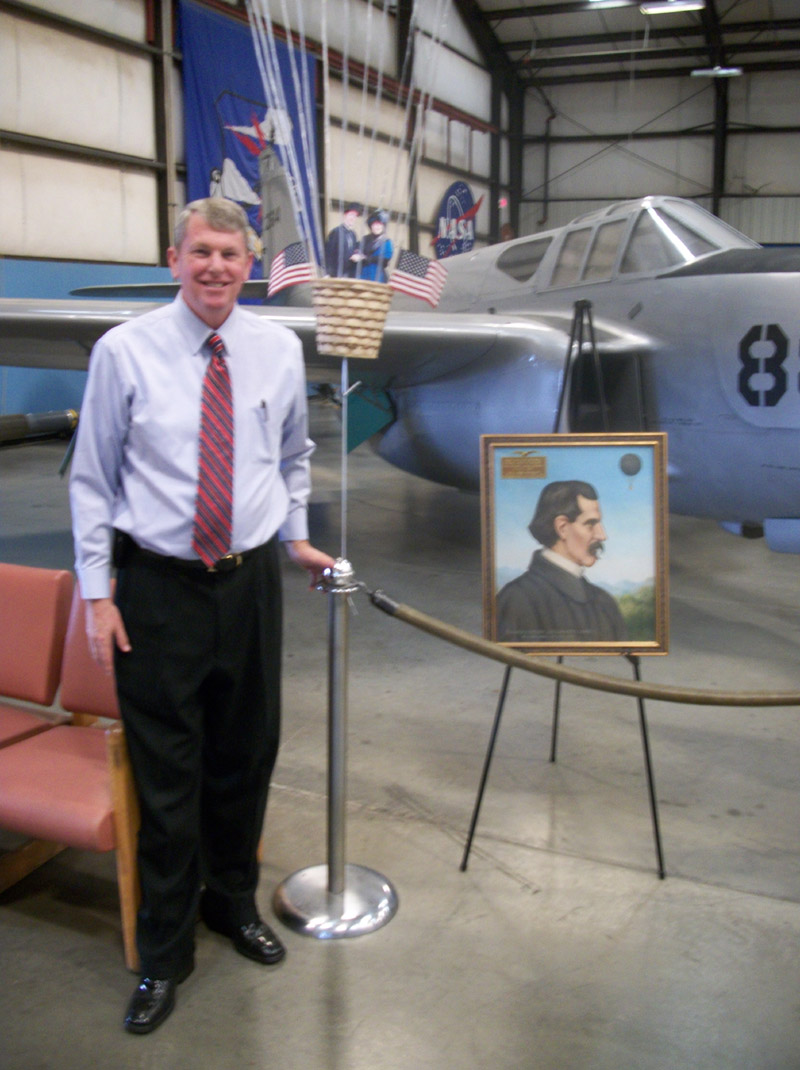 Webmaster with painting of Thaddeus Lowe 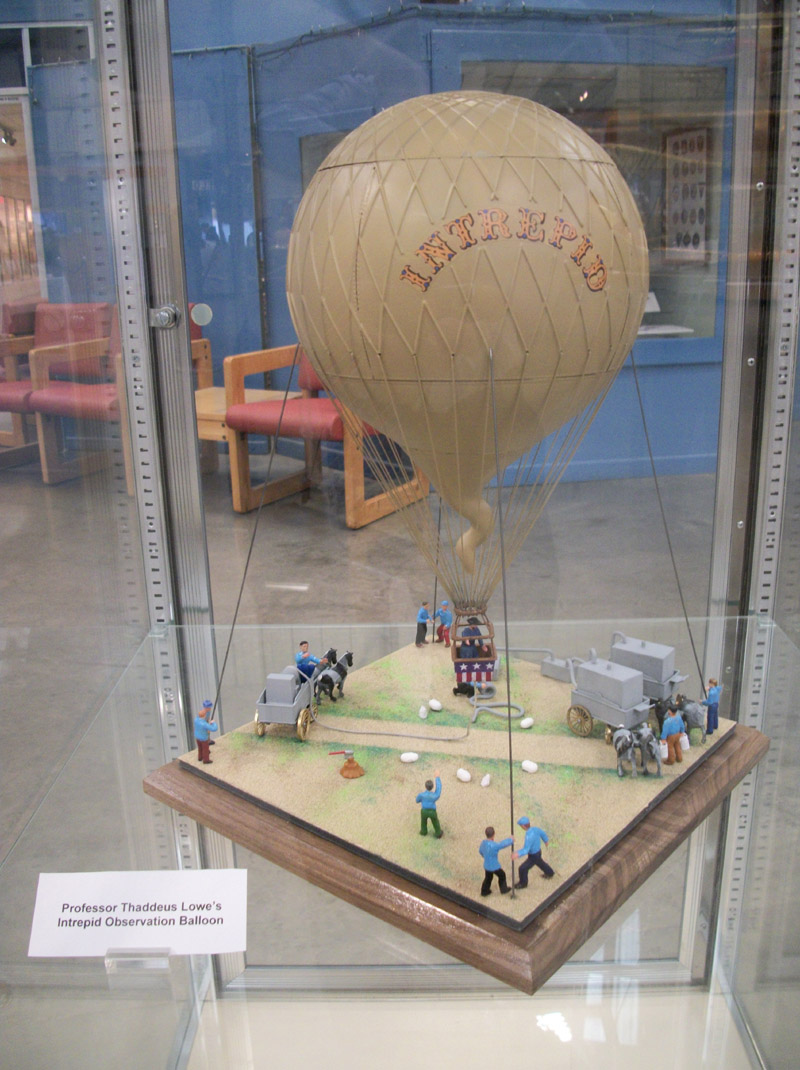 Model of Intrepid Balloon on Display

On May 17, 2011, the March Field Air Museum will be the venue for and first presentation of this year’s Smithsonian Week in Riverside.

Did you know that the Civil War Union Army had an Air Force?

The Program at March Field Air Museum on May 17 begins with a civil war encampment at 1PM on the museum grounds. During the day visitors will get to meet Abe Lincoln, Thaddeus Lowe and numerous other historical figures. The official Smithsonian Week program begins at 6 pm,  with Dr. Tom D. Crouch, Senior Curator in the Division of Aeronautics at the Smithsonian National Air and Space Museum, presenting  his talk on “Mr. Lincoln’s Air Force.”

The American Civil War demonstrated the military value of a host of new technologies, from the telegraph and railroad to submarines, ironclad ships and photography. In this presentation, Dr. Crouch will explore the application of one those new technologies and trace the use of observation balloons by both the Union and Confederate armies during 1861 - 1863.

The focus will be on Thaddeus S. C. Lowe and the creation of an "Aeronautic Corps," the first military aeronautical unit in American history, which conducted tethered reconnaissance flights in support of Union military operations in several theatres of war. Lowe also created the world’s first aircraft carrier, when he tethered his balloon to a towed barge.

Dr. Crouch will be assisted by local Living History performers Steven and Patrice Demory, portraying Thaddeus Lowe and his wife, Leontine Lowe, who will speak on the Lowe’s pre-war and post -war exploits.  The Lowe’s moved to Southern California after the Civil War, and built a 24,000 square foot mansion in Pasadena. Lowe invented an ice-making machine and a process for making cheap hydrogen gas from coal. He built a scenic mountain railroad and operated the world’s first refrigerated ship.

Other Civil War re-enactors will recreate a typical soldier’s camp and one will portray President Abraham Lincoln.  Several Civil War artifacts will be on display, courtesy of March Field Air Museum and the Lincoln Shrine in Redlands.

Dr. Tom Crouch is Senior Curator in the Division of Aeronautics at the National Air and Space Museum. A Smithsonian employee since 1974, he has served both the National Air and Space Museum and the National Museum of American History in a variety of curatorial and administrative posts and is the author/ editor of more than fifteen books. Prior to coming to the Smithsonian he was employed by the Ohio Historical Society as director of education (1969-1973) and as Director, Ohio American Revolution Bicentennial Advisory Commission (1973-1974).

The March Field Air Museum event is jointly sponsored by The Inland Empire Aviation Roundtable, an affiliate organization of the museum that is dedicated to the local aviation and aerospace community. At monthly meetings, subjects of interest to the air-minded public are presented, followed by lively informal discussion. Subject matter includes aviation and aerospace history, civil and military, as well as new developments in these fields.

Schedule of Events at March Field Air Museum on May 17

4 pm to closing --     Living history figures, Lincoln and the Lowe’s

The March Field Air Museum is located adjacent to March Air Reserve Base, at 22550 Van Buren Blvd., east of the intersection of Van Buren Blvd. and the 215 Freeway.

Presentation: “Billy Yank and Johnny Reb – The Common Soldier in the Civil War”

Whether they wore Yankee blue or Rebel gray, the men and boys who went to war in 1861 were enthusiastic dreamers of glory and easy victory. However, as they became some of America’s most legendary soldiers, they also learned that soldiering meant sacrifices and hardships. Through the use of first-hand accounts, as well as soldiers’ artifacts, this heavily illustrated, hands-on presentation offers a detailed look at the experiences of the men who fought and died in America’s most significant conflict.

Dr. Roger Rosentreter has been a historian and professor at Michigan State University since 1993. He has taught classes about Michigan history, the U.S. Civil War, and U.S. military history, and will soon teach on the American Revolution as well. Dr. Rosentreter also worked, for 30 years, at the Michigan History magazine, a large-circulation, bimonthly popular history magazine. He served as editor of the magazine from 1988-2009. While at the magazine, Dr. Rosentreter introduced “Michigan History for Kids” to teachers and students in 2001.