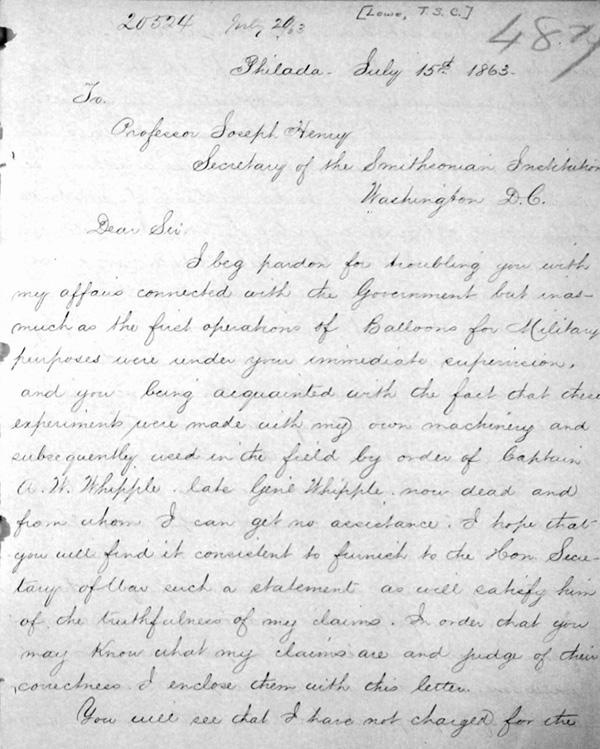 Note: page 2 was not available 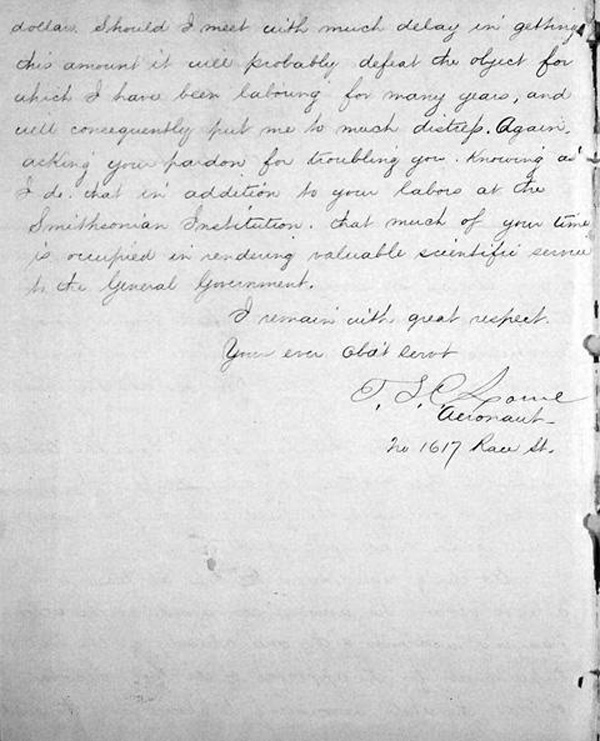 Excerpts from Letter from Thaddeus Lowe to Joseph Henry, July 15, 1863:

Secretary of the Smithsonian Institution

I beg pardon for troubling you with

my affairs connected with the Government but in as

much as the first operations of Balloons for Military

purposes were under your immediate supervision,

and you being acquainted with the fact that these

experiments were made with my own machinery and

subsequently used in the field by order of Captain

from whom I can get no assistance, I hope that

you will find it consistent to furnish to the Hon. Secre-

tary of War such a statement as will satisfy him

of the truthfulness of my claims.  In order that you

may know what my claims are and judge of their

correctness I enclose them with this letter.

is this... The amount I have received for service has barely supported my

family at home and myself in the field.  For want of a proper investigation of

Department its use has been suspended, which throws me out of employment too

late in the season to resume my former enterprise, besides which my health is

in the government employ I have managed my Department, with the strictest

the cause in which we were engaged.

from Generals who have used the balloons...

As things now stand, I hope at least to be able to obtain the amount

Department for the approval of the Hon. Secretary of War the whole amounting

to about three thousand

dollars.  Should I meet with much delay in getting

this amount it will probably defeat the object for

which I have been laboring for many years, and

will consequently put me to much distress.  Again,

asking your pardon for troubling you.  Knowing as

I do, that in addition to your labors at the

Smithsonian Institution, that much of your time

in the General Government.

I remain with great respect