War of the Aeronauts, page 236

On June 26, Robert E. Lee took the biggest gamble yet in the war by launching an offensive on the Union's stronghold at Mechanicsville. Lee sent more than 47,000 Confederates up against Fitz-John Porter's V Corps on the north side of the Chickahominy. Porter's men were well-trained and put up a fierce resistance, while Lee was hampered by his junior officers' poor execution of his battle plan. Rebel troops managed to sweep through Mechanicsville at one point in the battle, but were forced to fall back in the face of heavy Union artillery fire. This time the battle came at a high price for the Confederacy. Nearly 1,500 Rebels were lost compared with only 361 Union casualties.

Although Southern losses were high, McClellan opted to take a defensive posture when fighting resumed the next day. He ordered the supply base at White House to be abandoned and began circling his troops in anticipation of another assault. In hindsight, McClellan was severely criticized for not seizing the offensive on the 27th. Union divisions under the commands of Heintzelman, Keyes, Sumner, and Franklin still remained on the Richmond side of the Chickahominy, but inexplicably were not ordered into action. The brunt of the fighting fell upon the men of Porter's V Corps, who had moved into the vicinity of the grain mill on Dr. Gaine's farm.

When Lee's army began to make its move in late June, Lowe was among the first to witness it. "On the 26th I reported verbally to General Humphreys that the enemy had crossed the Chickahominy in large force," Lowe said. "(And it) was engaging our right wing at Mechanicsville."

In response to the Rebel movement, Humphreys ordered Lowe to remain airborne and to report everything he could see. But Lowe was beginning to succumb to the worst symptoms of malaria.

"The heaviest cannonading at this time is near where the last Headquarters were, between Dr. Gaines' House and Mechanicsville," he reported. "We have large reserves across the river; ... the enemy appears to be a large force in and about their entrenchments on this side of the river.

The battle at Gaines's Mill only served to escalate the death tolls on both sides. Wave after wave of Confederates troops under the command of General A.P. Hill threw themselves against Fitz-John Porter's V Corps, which was deeply entrenched on Dr. Gaines's farm. Yet as the day wore on the battle only grew worse. Just before twilight General Lee ordered a three-mile phalanx of men to make one final push forward against Porter's position. From his vantage point on the far end of the Gaines's farm Thaddeus Lowe could see the coming slaughter.

"At 6 o'clock I reported that the enemy on Gaines' Hill were making a desperate advance," said Lowe. "A large column was moving to outflank our forces on the extreme right, and evidently intended to intercept our crossing at Woodbury's bridge. Soon after this report was made our reserves were sent to protect the crossing and to relieve troops that had been engaged for two days.

Lowe later stated that he believed that his report from the battlefield late that day saved a large number of Union soldiers from being killed or taken prisoner. Although Union cavalry tried to repulse the onslaught, in the end it was to no avail. The Confederate Texas Brigade was the first to break the Union's position, forcing V Corps to withdraw.

While Lee's army controlled the plateau above Dr. Gaines's farm by the end of the day, the victory cost the south over 8,700 lives. Porter's V Corps suffered more than 6,800 casualties. Fannie Gaines, whose family fled their home on the farm the night before, later recalled the human toll that littered the road leading back to the house:

The dead were strewed on every side. I had to keep my eyes shut all the way to keep from seeing the horrible sights. We left mother and father at Mr. Johnson's, but they home that day. When mother got to the front door there was a dead Yankee there. When we left home an officer had given this man orders that he was never to leave his post. And he did stay, and was shot while performing his duty.

The battle, however, was a turning point for Lee as it forced McClellan to begin an organized retreat towards the James River. The following day Lowe and the rest of the men of the Balloon Corps were ordered to pack up everything. The cumbersome iron shavings used to manufacture hydrogen were left behind because of a scarcity of transport. For this reason Union balloon operations were suspended until new supplies were obtained at Harrison's Landing. 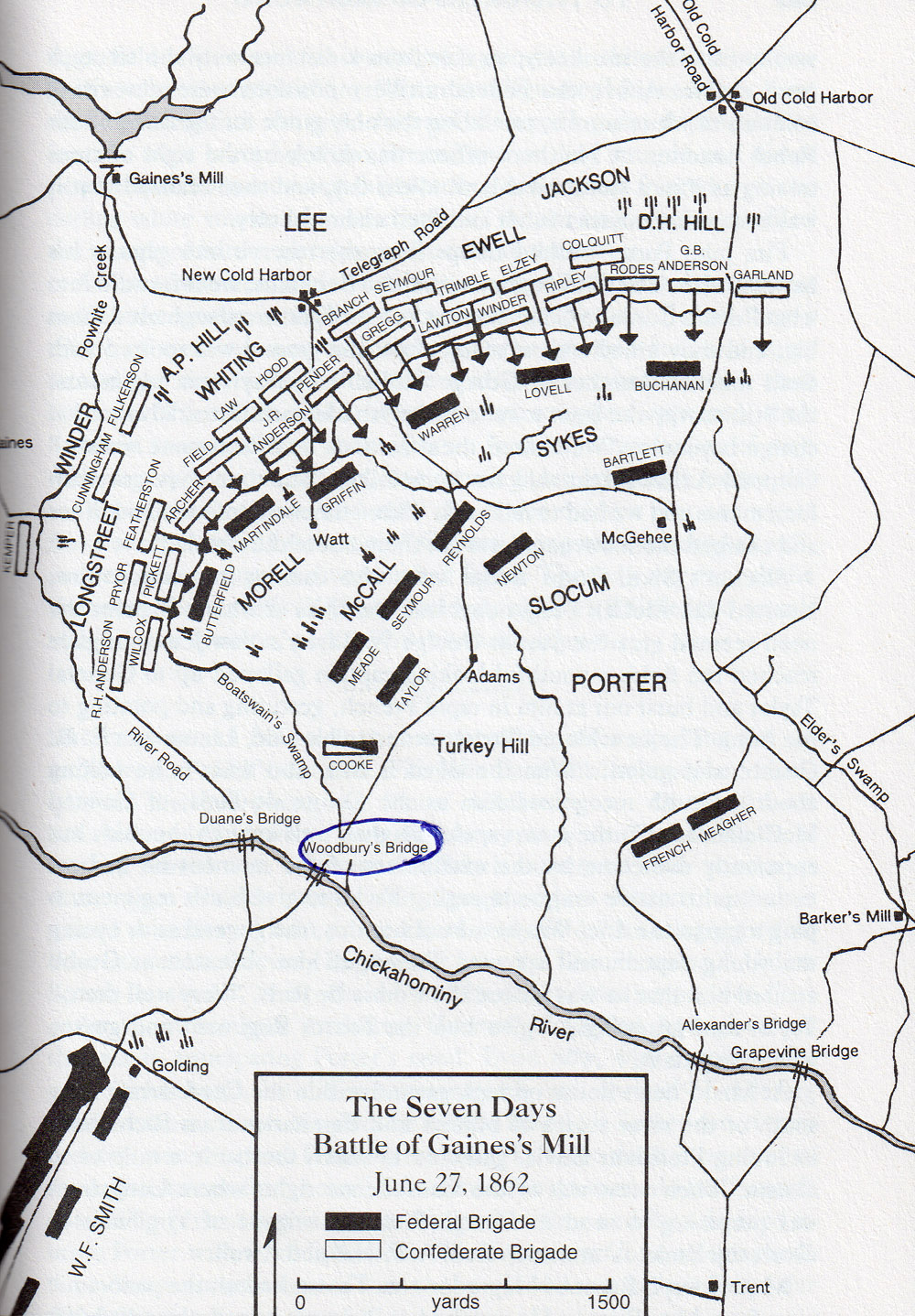