Webmaster Note: At the end of June, 1862, Lowe contracted malaria and returned to Pennsylvania to recover and be with his wife Leontine. 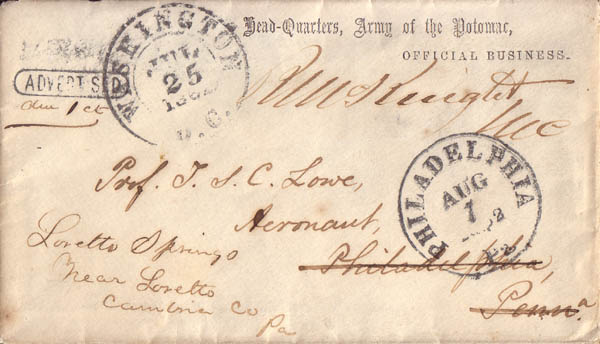 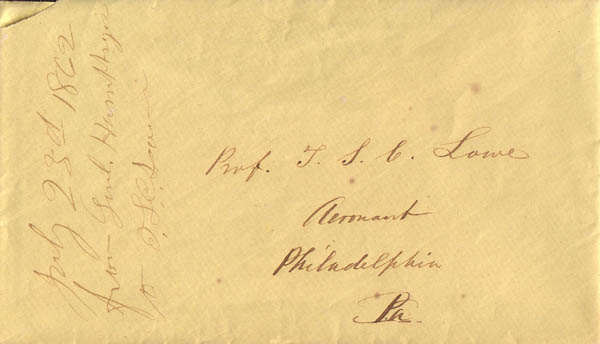 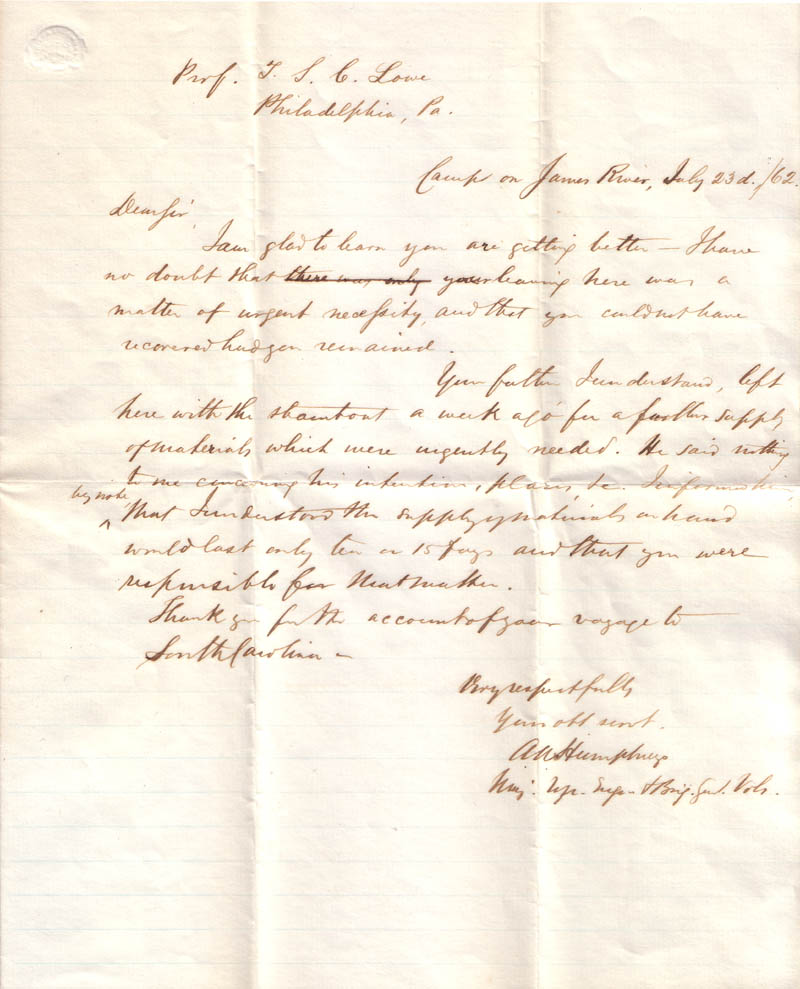 I am glad to learn you are getting better - I have

no doubt that (there may only) your leaving here was a

matter of urgent necessity and that you could not have

recovered had you remained.

Your father I understand, left

here with the steamboat a week ago for a further supply

of materials which were urgently needed. He said nothing

to me concerning his intentions, plans, etc. I informed him

by note that I understand the supply of materials on hand

would last only ten or 15 days and that you were

Thank you for the account of your voyage to