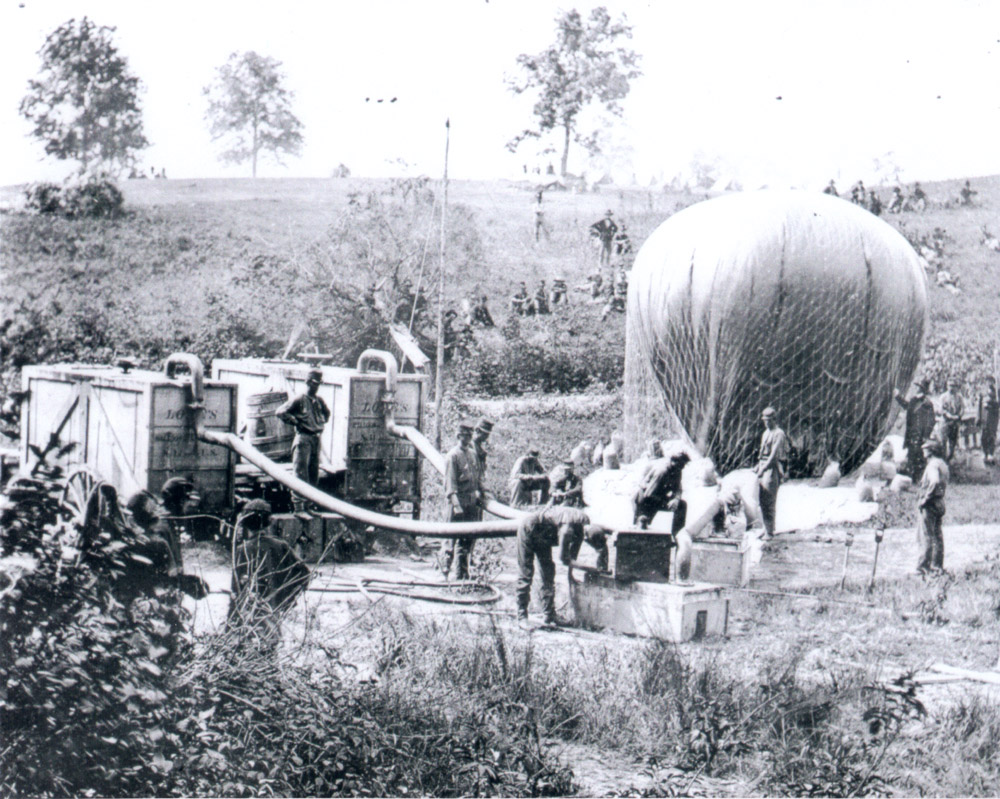 webmaster note: Lowe moved between balloon camps at New Bridge and Mechanicsville several times a distance of approximately five miles on May 29th.

I ascended at 7:30 this A.M. near New Bridge; could discover no change in the position of the enemy in that vicinity. I then came to this point to get another view, which I have just obtained and find the enemy quite strong opposite Mechanicsville.

A battery consisting of several guns is in position near the road on the opposite heights. There are troops lying in the shade of the woods along the whole line, from below New Bridge to some distance above this point, the greatest number, however, opposite this point.

I have now on hand material sufficient to keep the two balloons in operation for about one week only.

From 11 o'clock, until dark, on the 29th of May, the enemy commenced to concentrate their forces in front of Fair Oaks, moving on roads entirely out of sight of our pickets, and concealing themselves as much as possible in and behind woods where none of their movements could be seen except from the balloon. The following is one of my reports on that day.

My last ascent was made at sun-down which discloses the fact that the enemy have this afternoon established another camp in front of this point in the edge of the woods to the left of the New Bridge Road, and on a line with the permanent camp, about one and a half to two miles from the opposite heights. They seem to be strengthening on our left opposite this place. (Fair Oaks)

On that night or the following morning, General McClellan ordered the reserves to be moved up to support General Heintzleman in case of an attack, which took place just as this was accomplished. Had not our forces been concentrated, it is very evident that our left or that portion of our army beyond the Chickahominy would have been driven back and in consequence, the whole army routed.

I think that I have reason to presume that the cause of this favorable movement of our troops was mainly due to my report that the enemy were moving down and strengthening in front of Fair Oaks. 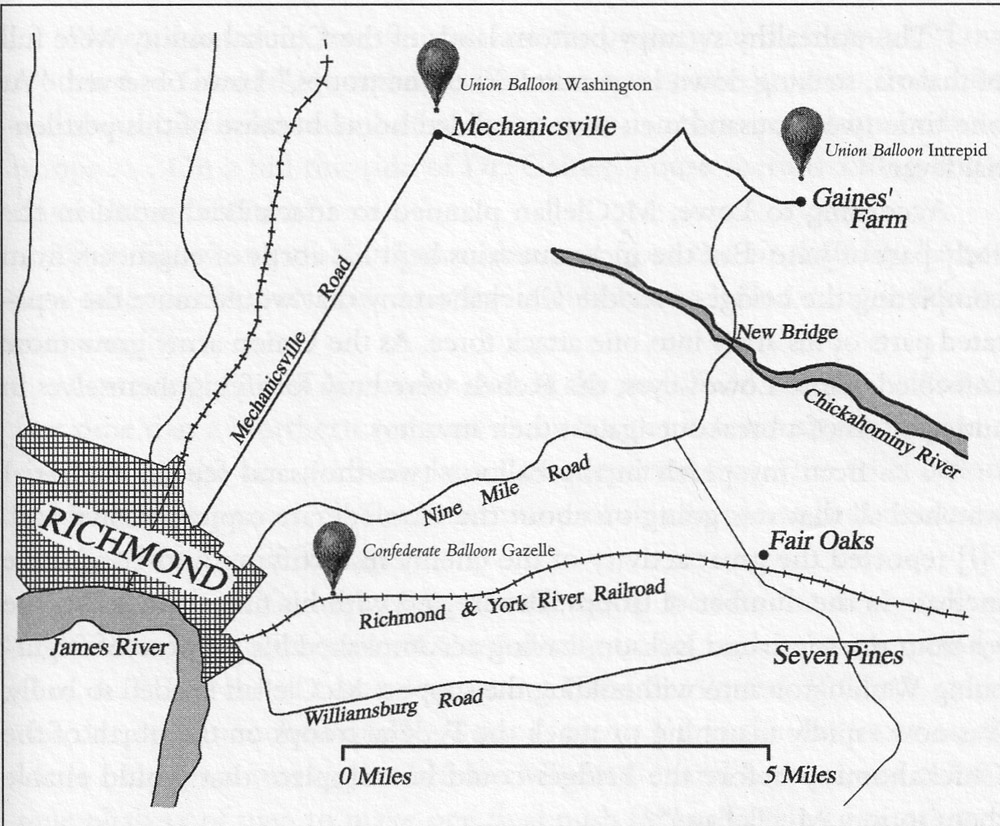