Confederate High Regard for Aerial Reconnaissance: 1861-1864 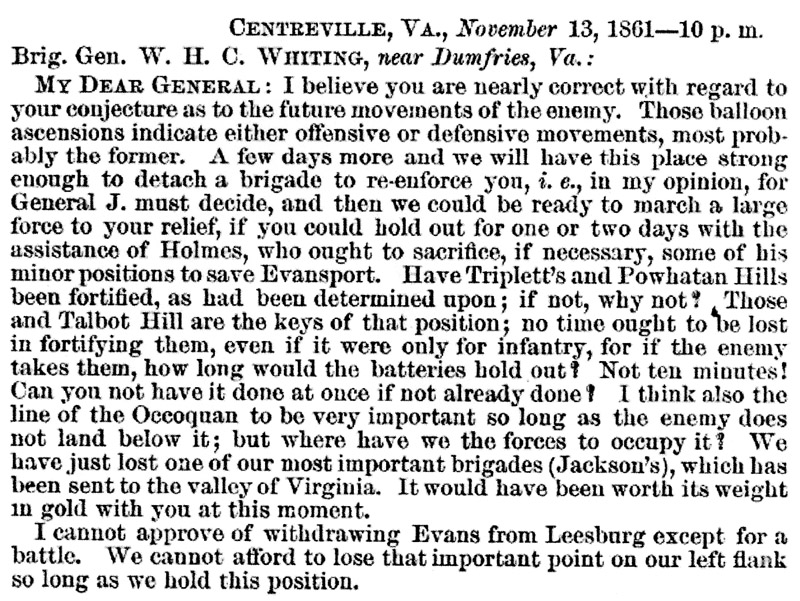 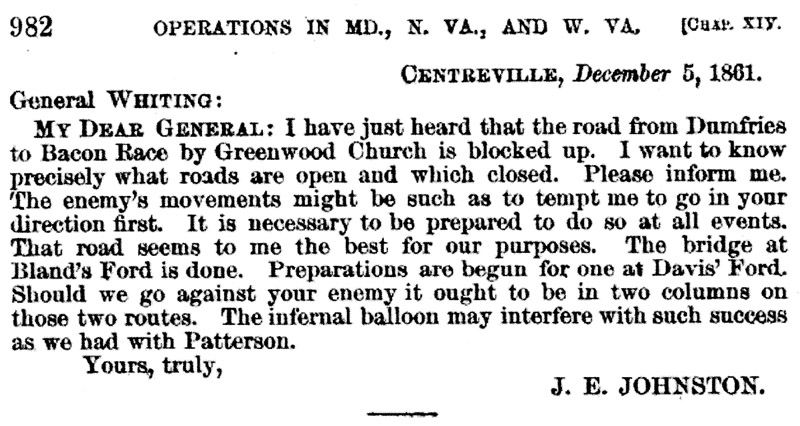 Confederate use of a balloon for aerial reconnaissance at Savannah, Georgia.

Confederate General James Longstreet advocating the use of a balloon for reconnaissance.

When Joseph Johnston fell wounded at the battle of Seven Pines at the end of May, 1862, the next Southern commander to take up the cause of ballooning was James Longstreet. "The Federals had been using balloons in examining our positions," recalled General Longstreet. "And we watched with anxious eyes their beautiful observations as they floated out of range of our guns." It was determined that the antiquated cotton balloon that Bryan had operated near Yorktown would not be suitable for continued use. Longstreet's recollection of how the Army of Northern Virginia acquired its second balloon would go down as one of the most enduring legends of the Confederacy.

"While we were longing for the balloon that poverty denied us, a genius arose for the occasion and suggested that we send out and gather all the silk dresses in the Confederacy and make a balloon. It was done; and soon we had a great patchwork ship of many and varied hues which was ready for use in the Seven Days' campaign." War of the Aeronauts, page 203.

Confederate General Robert E. Lee's report to the Secretary of War George Randolph on his battle plan and use of a balloon. 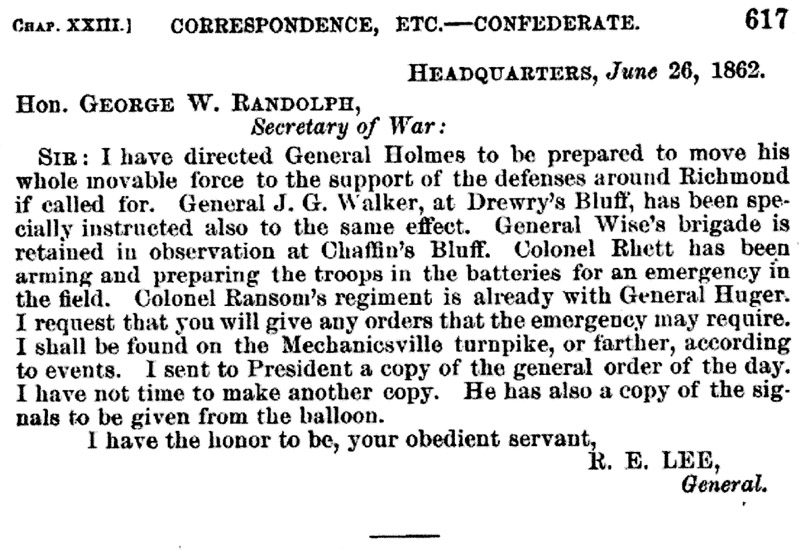 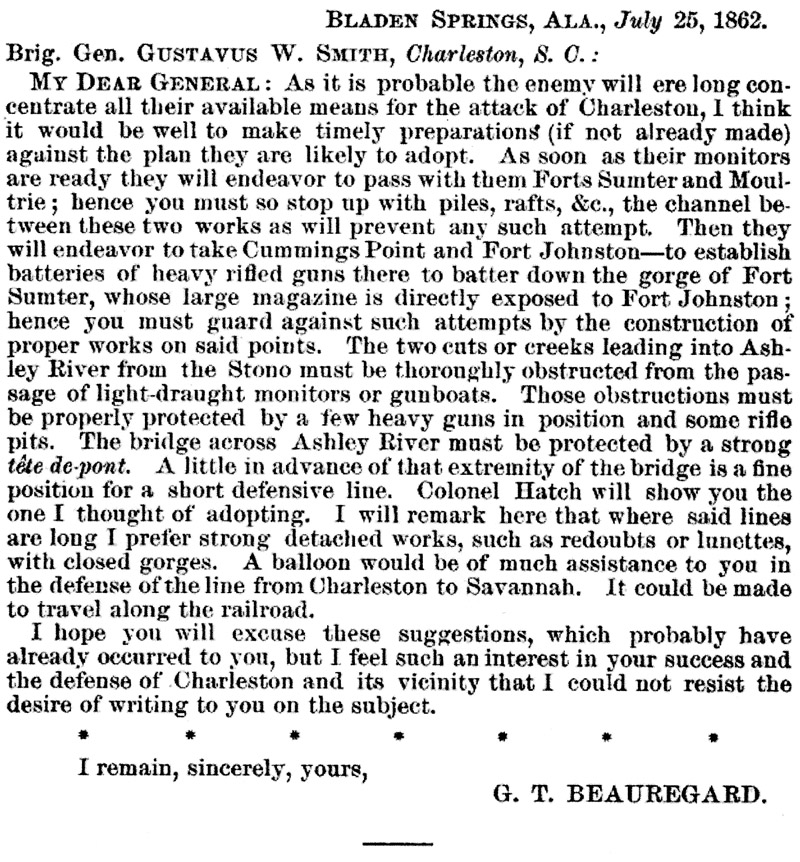 Confederate General French's moving of artillery under the cover of night to avoid discovery by the Federal balloon. 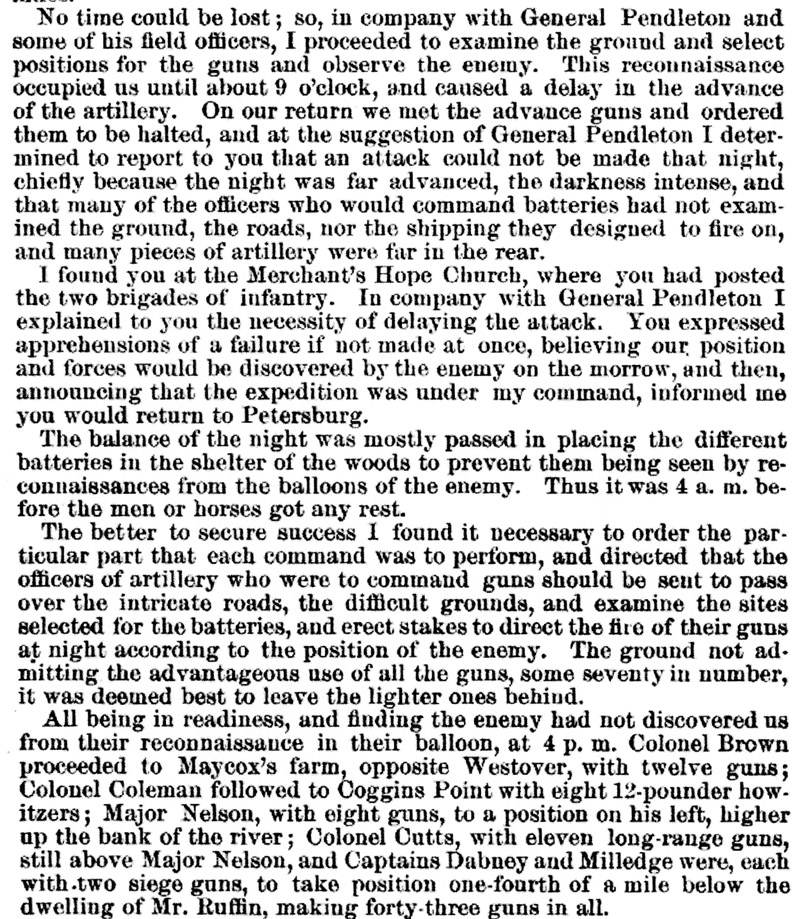 Report of a Confederate balloon being spotted from Cobb's Hill.

Report of a Confederate balloon being spotted by General A.A. Humphreys. 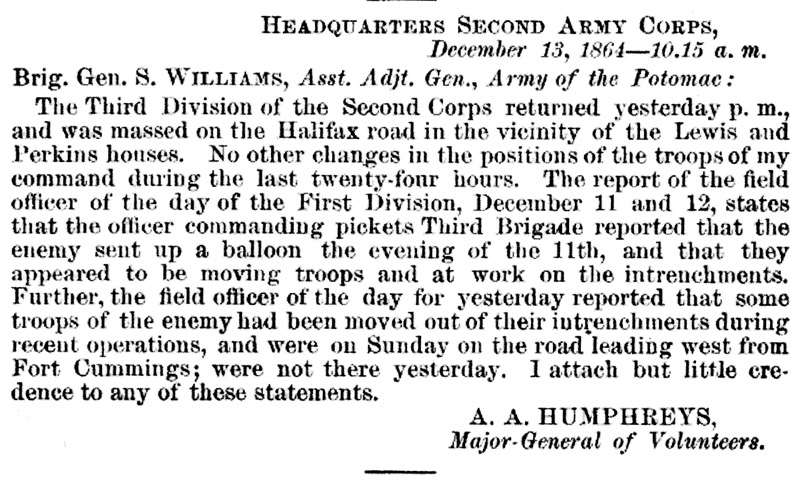 Webmaster note: Ironically, General Andrew Atkinson Humphreys was in charge of the U.S. Balloon Corps in 1862.