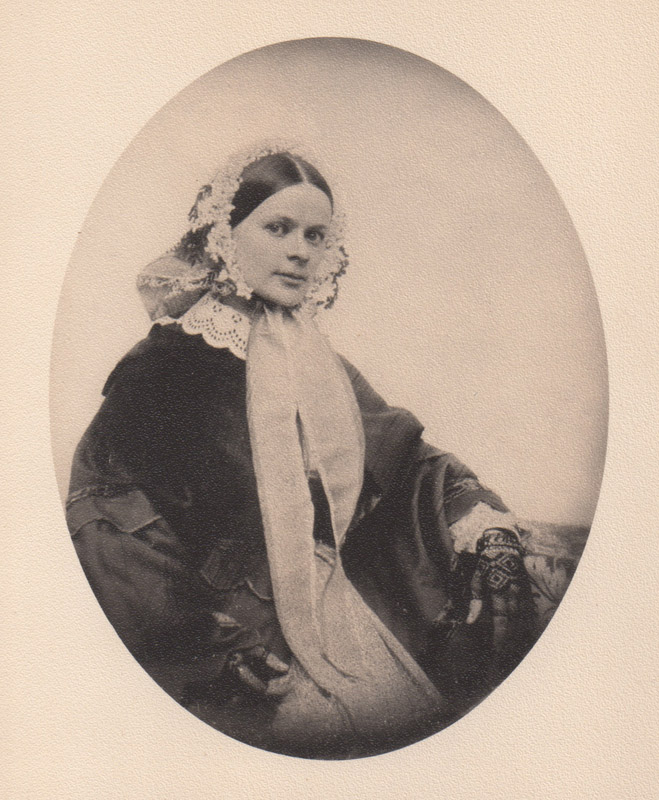 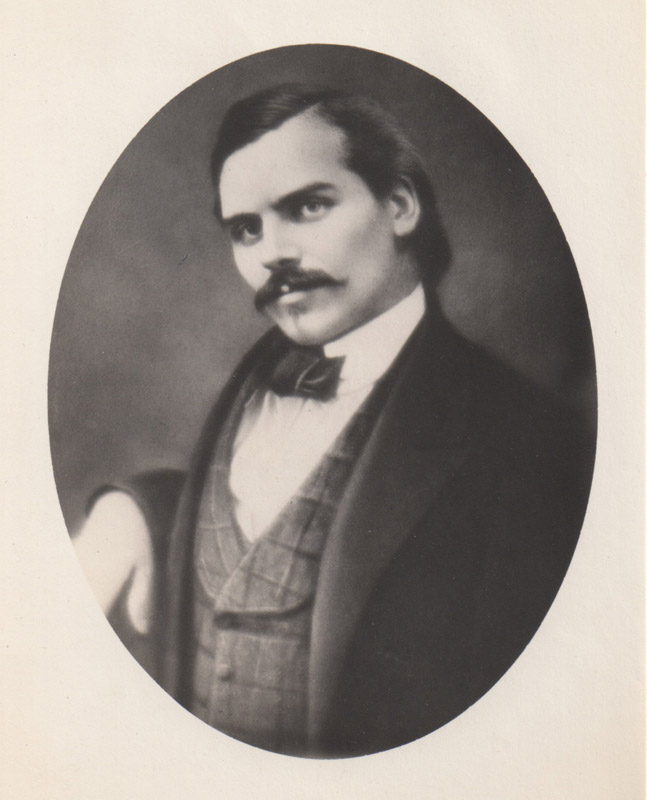 The above photographs of Thaddeus and Leontine are identified, at the Library of Congress, as their wedding photos.  All current references tell that they met in New York City during a performance of Thaddeus’ traveling science show and, after a swift courtship of only a week, were married on Valentine's Day, February 14, 1855 ... In New York City.

New documents, their marriage application and marriage license, have recently been uncovered (in 2013) showing the location to be Cuyahoga County, Ohio.  They were married by a Justice of the Peace at the county courthouse in Cleveland.   They celebrated their marriage with a honeymoon cruise on a riverboat called The Crystal Palace.  These documents can be viewed on the Patrice and Steve Demory Research link.