BEFORE THE CIVIL WAR

Library of Congress - Special Thanks to Steve and Patrice Demory 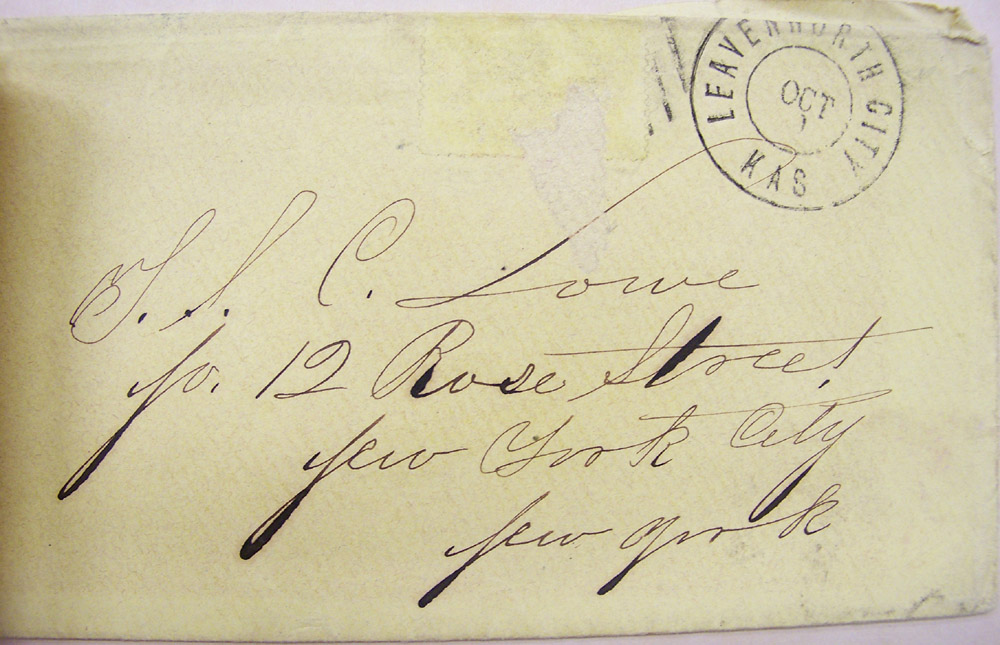 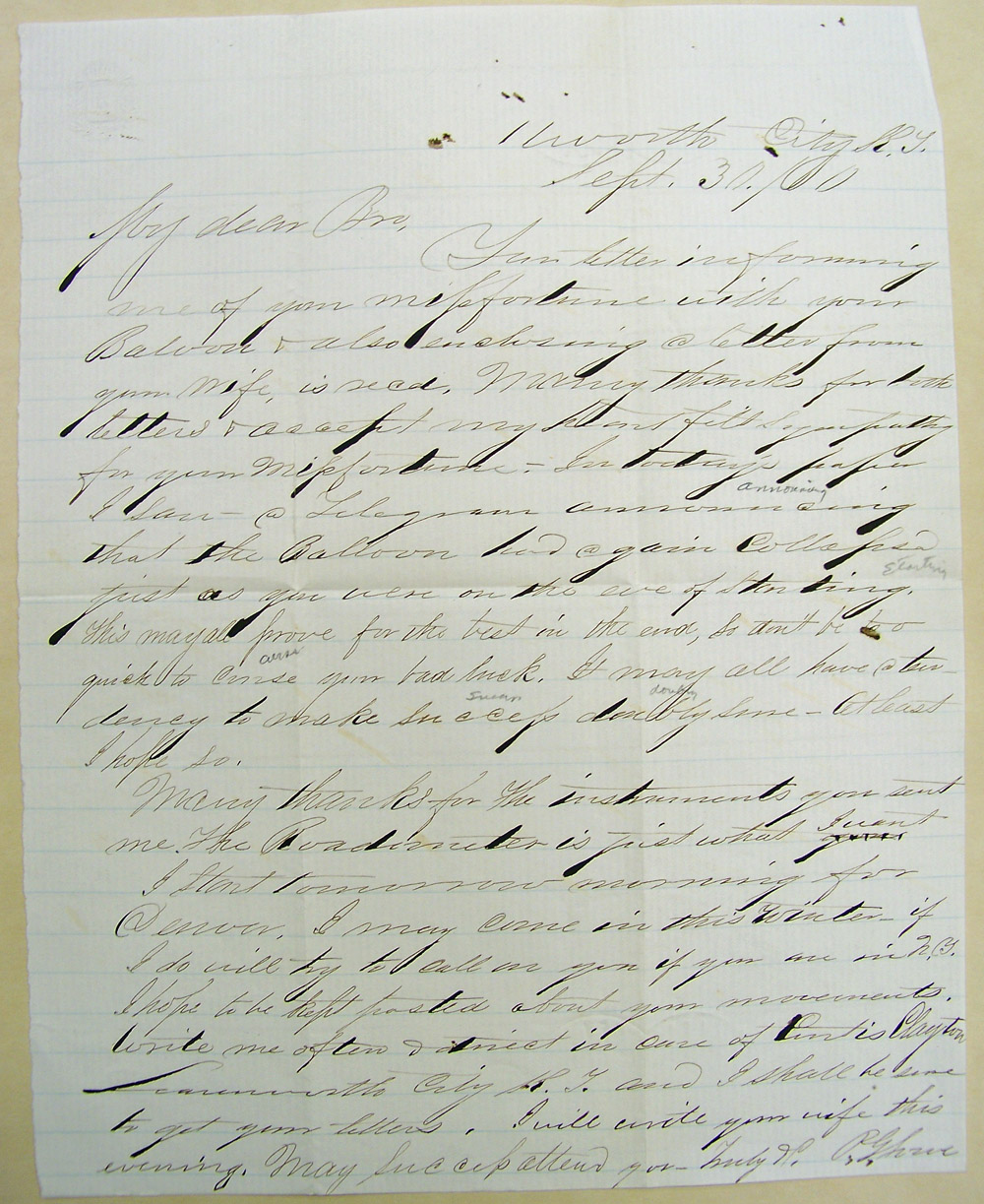 Your letter informing me of your misfortune with your baloon & also enclosing a letter from your wife is recd. Many thanks for both letters & accept my heartfelt sympathy for your misfortune. In todays paper I saw - a telegram announcing that the balloon had again collasped just as you were on the eve of starting. This may all prove for the best in the end, so don't be too quick to curse your bad luck. It may all have a tendency to make success doubly sure - at least I hope so.

Many thanks for the instruments you sent me. The Roadmeter is just what I want.

I start tomorrow morning for Denver. I may come in this winter - if I do will try to call on you if you are in NY. I hope to be kept posted about your movements. Write me often & direct in care of Curtis Clayton Leavenworth City KT and I shall be sure to get your letters. I will write your wife this evening. May Success attend you. Truly, P.G. Lowe

Notes from Steve and Patrice Demory

These two letters were written to Thaddeus Lowe by his brother Percival Green Lowe. One on September 30th from Leavenworth, Kansas, and the next one from Denver City, and addressed to Thaddeus' home at No.12 Rose Street in New York City, even though Thaddeus was in Philadelphia at the time. The envelope of the September letter is also shown. To put it in context, here is some of the background on the events discussed. The letters are transcribed with all punctuation, abbreviations, spelling and grammar as they appear. They were examined and photographed by Steve and Patrice Demory in Nov. 2010, at the Manuscript Division or the Library of Congress in Washington DC and is part of the "Lowe Papers" in the collection of the American Institute of Aeronautics and Astronautics.

Both letters refer to the unsuccessful flight attempt, in Philadelphia, of Thaddeus' renamed balloon "The Great Western". More can be read on this in the book Military Ballooning by F. Stansbury Haydon, pages 157-162.

Percival discusses his business in Denver City, "Clayton, Lowe & Company" which was a mercantile business selling supplies to miners and prospectors. Percival's part in the business was the transportation of goods, purchased in the East, for sale in Denver. As such, the "roadmeter" mentioned is an early odometer to record miles traveled. Percival sold his interest in the company in December 1860 to start his own freighting enterprise. Details can be read in

KT in the address below stands for "Kansas Territory."

Also, the "roadmeter" mentioned is an early odometer to record miles traveled.